It may be a common misconception that having a visual impairment can make your life nigh-on impossible: unable to watch the TV, unable to go to the cinema, unable to watch a live sporting event, or at least without immense difficulty.

Audio description is offered for all of these services, or at least should be, and offers the chance for blind and partially-sighted people to get the best out of their surroundings through specialised audio.

What makes this audio different from just listening to the radio, is that audio description is aimed at people who cannot see, or struggle to see. Unlike listening to a radio, it is a given that the listener has a visual impairment and so the audio is designed for that person to get the best possible enjoyment out of their environment.

Gavin Griffiths is an Audio Accessibility Consultant; working on behalf of various different venues and organisations to provide the best quality help for these people.

Last year, he was asked by Middlesbrough Football Club to help design their website, to make it more accessible, and to test out the club’s brand new feature – audio descriptive commentary, an in-stadium commentary enabling blind and partially-sighted supporters to listen to an as accurate as possible football commentary so that they, like everyone else, can know exactly what is happening.

Gavin, who has been totally blind for the majority of his life, describes the commentary as “invaluable and essential.”

He said: “Being totally blind you know who you’re watching, but that’s where it ends. You can sit in the stand all you like, but other than the occasional crowd cheer or sound from the pitch you have no idea what’s happening.”

Gavin prefers audio descriptive commentaries to radio commentaries. It would be a fair mistake to think that they are the same thing, but in truth they are far from that.

He said: “There’s plenty of radio commentators who are far from spectacular; they get too carried away sometimes.”

“You have to remember that you are actually commentating to people who probably can’t see the pitch. You have to get that across otherwise there’s little point in them being there because they haven’t a clue.”

So what makes a good audio descriptive commentary?

Gavin says: “Good commentary is being pacey, you’ve got to be able to keep up with the match, two seconds kind of thing with how fast football is nowadays.

“You have to say who has the ball, who he’s passing it to, who’s supporting him left and right, on the ball and up to date. But don’t over-describe because then you get left behind and miss goals.

“You have to be up there with people that are good enough for the radio because you have to be precise and clear, you need to communicate with everybody.

“The bad side of that is getting too caught up with what’s happening off the ball, sometimes off the pitch, you’ve got to say the most important thing because it’s impossible to say absolutely everything and keep up with play.

“It takes a lot of practice and concentration by quickly decoding what is most important at that time, state of play on the pitch is a definite yes, the colour of the guy’s boots is not, it doesn’t impact on the game. If you have time then it’s nice, but it’s not the most important, save it for half time.

“It’s a much more difficult skill then people realise.”

So with that in mind, I thought that I would have a go at audio descriptive commentary at Middlesbrough’s home match against Preston North End, and see how hard it really is.

Using Gavin’s pointers above, how good, or bad, do you think my attempt was?

Gavin is very grateful for these types of services, but says that “not enough” football clubs offer it – Middlesbrough are the only side in the North East to do so.

“It’s not a full coverage yet like there should be. Yes, the service is a cost to a club, it’s an expense the club have to put out there, but it is under the Equality Act (2010).”

“A person (P) has a disability if—

(a) P has a physical or mental impairment, and

(b) The impairment has a substantial and long-term adverse effect on P’s ability to carry out normal day-to-day activities.”

Based on that definition, which is an official government definition, more should be being done to offer services so that everyone can feel equally included.

Gavin said: “People provide wheelchair access, they provide free or half price tickets for carers often, which is all well and good, but there’s people who can’t see the pitch, they think if you can’t see the pitch what’s the point, you may as well stay at home.”

“You’ve got to think about that side of things, if people pay money to watch their team, you have to provide a service that is worthwhile otherwise they’ll stop going.”

Part of his job entails testing out other venues, and seeing how accessible they are for someone who suffers with a visual impairment.

The other half of his job covers audio, where Gavin makes files for radio stations, like jingles or sweepers and also what he calls ‘soundscapes’ for establishments like museums and galleries, to make sound for the blind or partially-sighted people to help them to get the most from the surroundings that they are in.

And whilst improvements are being made nationally in this department, Gavin is surprised by how many people just presume that these commentary or audio guide type services are readily available in establishments such as museums, galleries and sports stadiums when they are not and that more needs to be done to raise awareness on this issue so that blind and partially-sighted people can enjoy their life just as much as a normal-sighted people.

Hear Gavin’s thoughts on this issue by listening to the full interview on the matter below: 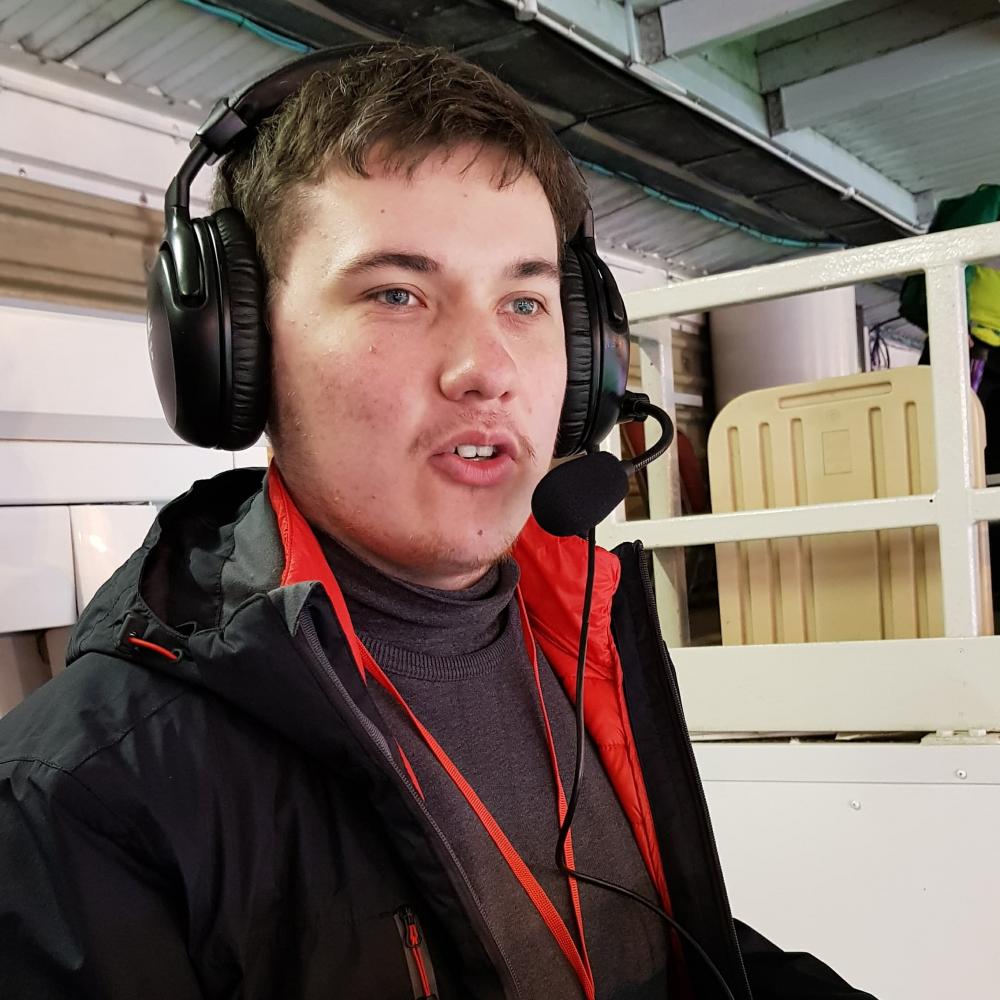 NORTH EAST FOOTBALL ROUND UP

6 December 2019 Comments Off on NORTH EAST FOOTBALL ROUND UP

12 December 2018 Comments Off on WILL A SUICIDE PREVENTION MINISTER ACTUALLY PREVENT SUICIDE?
Skip to content