With so much of the media industry downsizing and evaluating their staff numbers, finding valuable work opportunities has never been tougher. There have been redundancies, projects being cut and freelancers left with little work. But out of the ashes of Covid 19, a project came to light in March which saw two third year students get the opportunity to work with a professional crew on a feature film.

The students, one from Broadcast Media Production and the other from Film and TV Production, were given the opportunity to work alongside different departments who were filming on location in Newcastle for four days earlier this month. 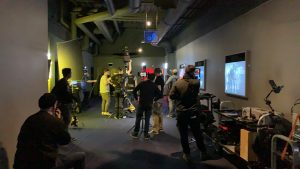 John White (Broadcast Media) and Catherine Roys (Film and TV)  were assigned as runners throughout the 4 days and worked closely with the various teams on the project. The film, which was a horror, saw the students experience how lighting could be used to amplify a mood as well as the practical effects that were used for some of the gore. 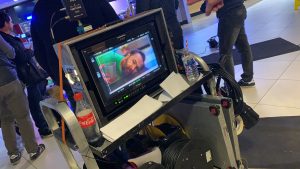 Whilst working in their respective departments, there was still time for a small cameo in the film for John and Catherine. Dressed as cinema workers, they can be seen serving customers popcorn and drinks in the background of some of the shots. So make sure you keep an eye out for them when the film releases! 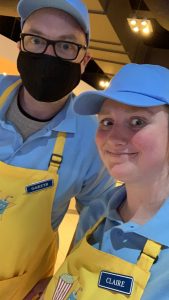 One of the Directors of the film, Patrick Ryder told TUXtra:

‘The work ethic from the whole Teesside crew was exceptional, professional and confidently coming up with practical solutions throughout the shoot. John was a sensation on sound and Catherine was without doubt one of the hardest working people I’ve met. The whole experience was a joy and really added to the production quality’

The students were able to apply for this opportunity via an email correspondence from the university, so make sure you are regally checking for any upcoming opportunities

The film was entitled Lore and is due for release in 2022.

BOOST YOUR LEARNING – USE YOUR SUBJECT LIBGUIDE