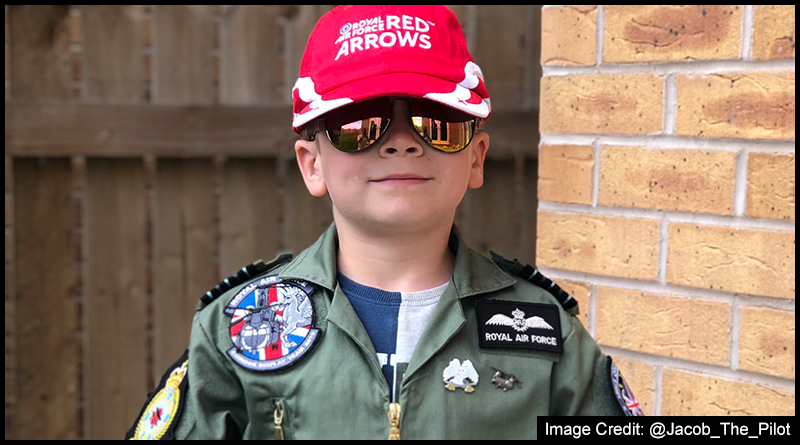 Top Gun @Jacob_The_Pilot is asking for donations, ahead of his planned trek to the top of one of Yorkshire’s tallest mountains.

Writing on his Just Giving page, five-year-old Jacob explains, “I am going to climb up Pen-Y-Ghent, one of Yorkshires highest mountains in my RAF Flying Suit with my Daddy supervising me. I’m hoping to raise as much money as possible for the RAF Benevolent Fund.”

Representing part of the Three Peaks Challenge, Pen-Y-Ghent stands at 2,277 feet tall (694m) and represents a walk of around 6 miles from Horton in Ribblesdale.

Talking about his inspiration for the challenge, the lover of “all things aircraft” revealed that a very special personal moment led him to searching for a way “to say thank you back.”

“Last month the RAF allowed one of my dreams to come true, I met the Red Arrows and got a salute from them just before their final display in the UK for 2019″, explained Jacob, before adding, “being only five-years-old I’m quite limited on what I can do, so with the help of my Daddy I’ve decided to walk up Pen-Y Ghent.”

The expedition is set to place at the end of August, weather permitting. 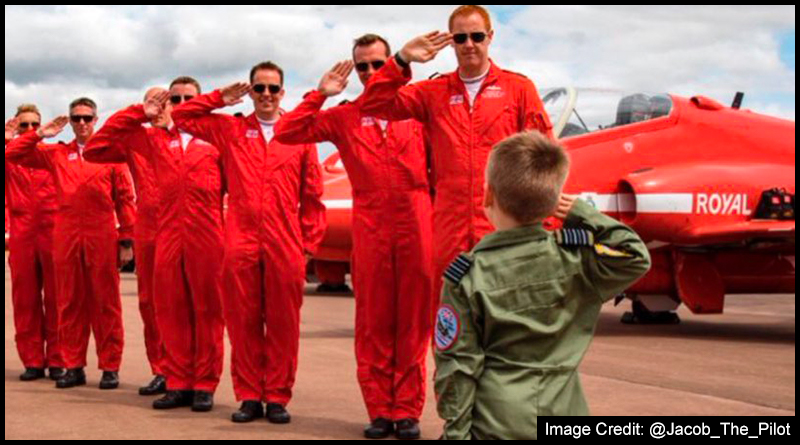 Setting a target of £5,000, Jacob has reached 80% of his target so far thanks to 304 supporters, but he hopes to raise even more, including enticing a generous donation from his own Dad.

Taking to twitter to announce his father’s offer whilst looking cool in his Royal Air Force kit, Jacob has confirmed his dad would be willing to donate £1 for each retweet and return message up to a maximum of £500.

So far the tweet has attracted almost 100 retweets, but not quite as many return messages and in a latter update, it appears Jacob’s father is a stickler for rules, so if retweeting please ensure to include a good luck reply!

Hey guys please pay attention. My Daddy has only donated £35.00 so far because there’s only been 35 messages with the RTs. He’s just told me “you seriously didn’t think I was going to donate £500 that easy did you”. Remember RT with a comment – we are down about £70 so far ! pic.twitter.com/EstBNubdjt

Official guardian of the Bomber Command Memorial in Green Park, London, a tribute to the 55,573 crew who lost their lives during the Second-World-War, the charity that supports the RAF Family “through thick and thin” receives no regular Government funding and is entirely reliant on the public’s generous donations to support its ongoing work.

14 October 2019 Comments Off on TWISTERELLA TAKES MUSIC FANS ON A FESTIVAL RIDE .