Members of the armed forces past and present, school children and local politicians join together in Middlesbrough  celebrating the memories of those lost to war 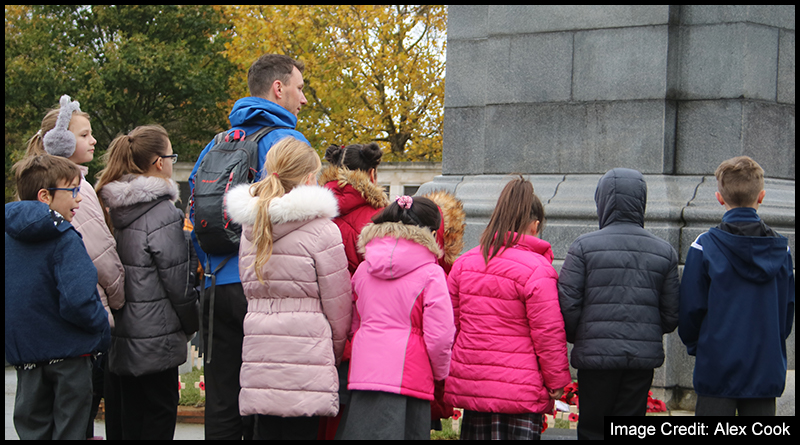 The Cenotaph on Linthorpe Road was once again the centre piece oF quiet reflection this morning, as people from the local area gathered to mark the beginning of a weekend of remembrance activities in Middlesbrough.

Ahead of Remembrance Sunday this weekend and Armistice Day the following day, members of the armed forces both past and present, school children and civic dignitaries gathered in a ceremony which reflected on how the act of remembrance will be handed on to a new generation.

With children playing a key role in the service, those gathered were reminded of the purpose of the day’s commemoration ahead of a minutes silence.

“We bring our poppy to say thank you to those who gave their lives to make the world a safer place and give us the gift of freedom,” read one pupil.

“We bring our poppy as a pledge that we will try to do more to make our community better and a safe place in which to live and work,”poignantly said another.

Shortly after, children would be significantly involved in proceedings again, as alongside the likes of Middlesbrough Mayor Andy Preston and representatives on behalf of Cleveland Police, Cleveland Fire & Rescue and Teesside University, the first tokens of gratitude to those who lost their lives in battle were offered on the field or remembrance.

This included young Cadet’s Owen Waistle and Maddison Matthews representing Unity City Academy, Brewick Hills, who between them offered a response of perfect simplicity when asked what it felt like to be part of such an occasion?

Remembrance Sunday is this Sunday November 10.

Middlesbrough Council advise that the service begins at The Cenotaph on Linthorpe Road at 10:45am, with a parade taking place shortly before. More information can be found at, www.middlesbrough.gov.uk/mayor-council-and-councillors/civic-and-ceremonial/civic-events-calendar

In the Stockton region a number of events are being held, including a parade from Stockton Parish Church and along High Street to the cenotaph.

Those wishing to catch the parade are advised to arrive by 10:35am. More details of local events in the area can be found via, events.stockton.gov.uk/remembrance-sunday

In Redcar, the traditional parade along Lobster Road to Coatham Road and service will be taking place from approximately 10:45am.

Full details of events happening from Boosbeck to Teesville are available via, www.redcar-cleveland.gov.uk/News/Pages/Remembrance-Sunday-2019.aspx

The following day, Monday  November 11, a two-minute silence will be held nationwide to commemorate Armistice Day.

In Middlesbrough, a formal service will take place at The Cenotaph on Linthorpe Road, starting at 10:45am.

Staff and students  on Monday may wish to meet at Campus Heart shortly before 11.00am, in front of the video screen on which a memorial image will be displayed before a two minute silence is observed. 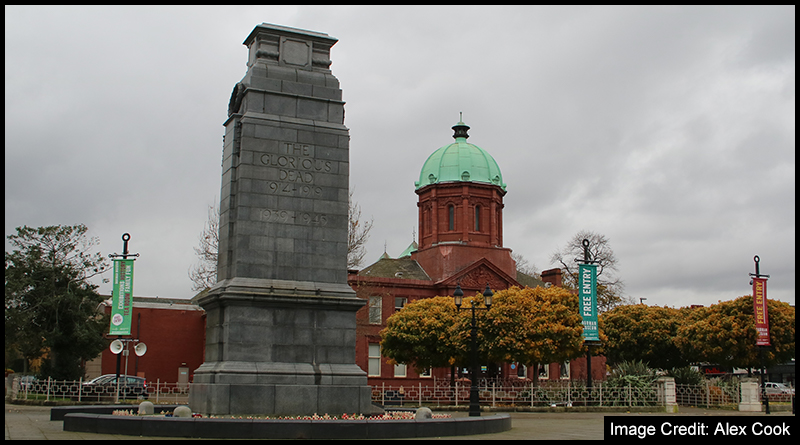 23 March 2021 Comments Off on MUSIC FESTIVAL AT TEESSIDE UNI