We have all heard about racist abuse happening at football matches aroiund the country. It evcen happened near to Teesside at a game  between Hartlepool United v Dover Athletic  in the National League.

But why was he getting targeted in particular and what’s it like to be a target of racist abuse?

In the BBC Documentary “The Shame in the Game: Racism in Football”, Effiong describes his experience.

He said: “The fans were giving me a bit of stick”.

“I feel like I am getting booed because I am black”.

The BBC documentary goes into more detail of what the aftermath holds for the victims of racial abuse, including mental health issues, early retirement, specifically highlighting the fact that both genders are affected, showing that racial abuse does occur for both males and females.

Social media platforms have allowed many people to connect with each other, for the best and unfortunately for the worst.
Kick it out, the English football equality and inclusion organisation, has found that there have been 159 discrimination reports from social media, with racism being its most common form of abuse.

It has become so easy to comment something and then not deal with the consequences.

The football players wellbeing is subsequently put at risk due to the amount of abuse they are receiving, both online and at games. There is no escaping from it.

Communities are now being built virtually, due to the free reign of social media, therefore creating an online pursuit of hatred, many of which that seem to go unreported for both professional and grassroots.

Over the years, racist incidents at football games has risen drastically, towards the football players who are just there to do their job.

And it seems that football has become the topic of fear for those who once grew up loving the game. Players have even left the sport they once grew to love in order to escape the abuse.

Again, social media plays a huge part of the generating of racism.

A female player from the BBC documentary said: “It takes 5 to 10 seconds for someone to say something and it can affect me for almost 10 months”.

In recent news, Brexit has become a topic of discussion in regards to racism in football.

According to Kick it Out, reports of racist abuse rose by 43% last season which allegedly has been linked to Brexit.

Ged Grebby, the Chief Executive of “Show Racism the Red Card” argues that the recent terror attacks and the Brexit campaign are two of the key reasons behind the recent rise in hate crime.

Dr Alex Carter, a Research Assistant in Teesside University’s School of Social Sciences, Humanities & Law,  has reported that: “A number of high-profile events have taken place which have compounded and enhanced such feelings and beliefs, particularly with regards to immigration and Islamophobia.”

“This has included Brexit and the terror attacks in London and Manchester in 2017.”

Terms such as “go back to where you came from” are commonly used .

There have also been reports of faith-based discrimination, including Islamophobia and anti-Semitism, which has increased by 75% from 36 to 63, a higher percentage than any other form of abuse.

Lack of Education/ Diversity.
Educating people on what to look out in regarding to targeting racism is very significant.

At Teesside University, The Challenging Youth Racism Team has been put together which has delivered over 350 workshops to more than 7,000 young people across the North East Region.

Information from the Police and Crime Commissioners Office has stated that they have funded the “Show Racism the Red card” movement for the last 4 years.

Anti- Racism workshops have already been delivered in schools across Cleveland, which 8,000 school children have taken part in since The PPC helped with funding. 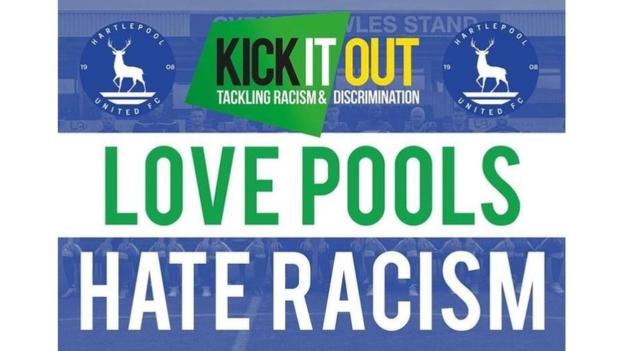 In the last four years an FOI request has found that there have been no incidents of online racial abuse towards footballers reported to Cleveland Police.

In regards to the FA, It will be increasing the diversity of its workforce.

For more information:
Go to:

Covid-19: The affect the global pandemic has had on adoption

30 October 2020 Comments Off on Covid-19: The affect the global pandemic has had on adoption

10 December 2019 Comments Off on DOES NON-VIOLENT DIRECT ACTION MAKE A DIFFERENCE?
Skip to content