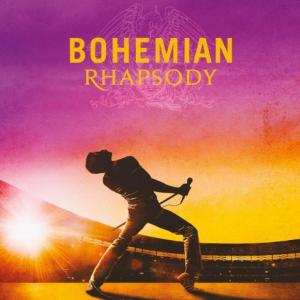 Being a 90’s baby the only real experience of Queen I had was hearing stories from my family.

Queen’s music had been something I heard as being different but with its own uniqueness.

I had heard they were Rock and Roll but Bohemian Rhapsody was something that I wouldn’t have expected when hearing it for the first time.

Rock and Roll but also the concept of Opera! When watching the film I automatically felt connected to the story. It was powerful and brought in the concepts of ‘Sex, Drugs and Rock and Roll’.

The film follows the iconic Freddie Mercury whose life will ‘Rock you’. It gives you a real personal insight  into  Queen, Mercury’s life, and how it all began.

How do you begin to explain the importance of the role? Rami Malek gives what we could say as “being the best Freddie we could hope for” (‘Little White Lies” Hannah Woodhead).

Malek made such an inspiring and eye-opening vision with the role, everything we’d expect of Mercury himself.

The story gives insight into both Freddie’s musical career and family situation.

He grew up amid Asian culture, and his family wanted him to keep his  name ‘Farrokh Bulsara’ but  for him only to change it to the iconic ‘Freddie Mercury’.

Watching the film I could see the strong relationship he had to his family but nevertheless he began to follow the dreams he had of being a rock and roll sensation.

I really saw his look transform through the film.  It showed us the early stages of how Freddie became Queen.

From the over-bite of his teeth to the legendary outfits that lead up to the final and well-known look at the 1985 Live Aid charity event at Wembley in London.

Malek’s six-hour audition  for the part and careful studying of Queens’s behaviours and actions has paid off.

I believed that over the past year of trailers and teasers that Rami would have the opportunity of having his voice shown through music (and he does in some parts).

However, the film was able to bring Freddie back to life too, using his voice, which gave me chills throughout the musical scenes.

Reviewer Patrick Holland wrote for CNET: “Bohemian Rhapsody will introduce Queen to a new audience while easily elevating the band’s rock god status even higher.” I can only agree.

20 September 2020 Comments Off on Things to do; A small hike for content creators

THE VINYL REVIVAL WITH SOUND IT OUT RECORDS