“I feel like I’m on Jonathan Ross”, my first-year Games Design student interviewee quips as I direct him where to sit.

Rather than a fancy expensive set however, both he, Aaron Ryan, and the 2nd-year Games Development student I’m interviewing alongside him, Andrew Gill, sit in a small student house living room, on an also small sofa. I sit on another one, looking to build a profile on ‘the games student of today’, and to get some fresh perspectives on topical gaming issues from people yet to be crushed by the monotonous wheel of work.

The gaming industry both are working towards being a part of, has been ever-evolving right from the start, since the days of the early arcades and the Brown Box, to the reign of Nintendo and Sega, to the debut of the PlayStation and the Xbox, right up to 2017 with the launch of the Switch. Throughout we’ve seen the jumps from black and white graphics, to the 8-bit and 16-bit eras, to our first 3D castles and tombs, and so much more.  What other form of entertainment can claim to have evolved so much in so little time?

“I think the first game I ever remember was watching my brother play Spyro: Year of the Dragon on PlayStation One”, Andrew tells me.

For Aaron, it was the original Tomb Raider, which he came across after his Dad, “bought a PlayStation with a load of games off one of his friends”.

Both stories started them on a path that’s led them here, not just sitting on a semi-comfy sofa in a house with overpriced rent and substandard Wi-Fi, but learning how to be a part of industry they’ve been fans of for almost all their lives.

Only in the last couple of years has this industry seen the rise of Virtual Reality gaming with headsets like the Oculus Rift and the Vive (no, the Virtual Boy doesn’t count). Plus, indie gaming has exploded in the last decade with platforms like Steam, the increased inclusion of indies by major publishers, and with the ever-continuing rise of the internet. Today, there’s more ways than ever to play, and more games than ever to experience.

Andrew is less sure. “Favourite game is difficult. It changes often. Um…ones that have good customisation elements. A lot of RPGs I enjoy. [I’ve taken a] recent liking to MMOs, recently got into World of Warcraft for a bit but I had to come off that because it was very addictive”.

Games like Tomb Raider and World of Warcraft don’t just come out of thin air. What’s sometimes forgotten in the comments sections of the Web is that the hearts and minds of individuals were behind all of your favourite games and consoles. Pioneers like Shigeru Miyamoto and John Carmack, and the millions of other artists, animators, designers, programmers, and writers (amongst other professions), that aren’t as well known, but still played a major part in bringing those experiences to life.

Future experiences still will be brought to life by the next generation of game creators, many of whom, like Aaron and Andrew, are learning their craft in University games courses around the UK, such as those at Teesside. Teesside has been rated one of the best Universities in the UK for games design, and it’s not hard to see how dedicated it is to the industry, with their campus hosting Teesside’s own annual games and animation convention: Animex.

On what’s most challenging about his course, Andrew finds, “On the solo courses it’s very difficult to sometimes figure out the software. This year we started on Unreal and I had to learn it from the ground up since I’d only ever used GameMaker before that. But I got to grips with it pretty quickly.”

Aaron meanwhile, struggles with, “3D Animation because I can’t do it, I can’t get the hang of it, but it’s a part of my module that I have to pass, so I have to keep practising. I prefer that [the course] is practical rather than more written work…I prefer the Prototyping module the best, because even though it gets boring it’s fun to find out how to make things work in a game, and how things break games. It’s like behind the game”.

Like any other, the gaming industry has its fair share of controversy. Some of today’s issues focus on how games are delivered, some amongst a platter of microtransactions and pre-order bonuses, and others with DLC plans stretching far into the future. The average consumer undoubtedly will have differing opinions on such topics compared to industry professionals, whom are often the much less heard party.

Games students lie somewhere between these two cohorts, knowing and learning more about the industry than your average Joe, while also not fully immersed in it. There’s potential for some unique perspectives from them, on issues topical in the industry right now, and on some more general gaming conversations. While a far more pressing issue to them is likely whether they’ll be able to finish their assessment due for next week, some of these topics are ones they may find themselves wrapped up in when they’re in the industry full-time. Why not rack their brains a bit early?

“Microtransac-“, Aaron stumbles over his wording briefly. “That word is amazing. They’re good, I love them…You can’t just get a free game and expect the developers to be paid, they have to make their money somehow”.

“I’m opposed to it when it provides an unfair advantage when you pay. I don’t mind it as long as it doesn’t inhibit someone that isn’t paying, it’s only like [cosmetic]”, Andrew adds. “Sometimes you do just wanna pay to get the better thing, so you can have an advantage, but it really hurts the community like…I think it was World of Tanks you could pay, and you could get like Gold ammo or something…and it broke the community because everyone disliked it”.

Microtransactions aren’t the only thing causing mass grief in gaming right now. With the closure of Visceral and the “re-focusing” of their Star Wars title came a wave of panic surrounding whether single-player, story-focused titles have had their last hurrah.

Other issues in the industry concern the people who work in it. Female representation and sexism in the games industry, largely male-dominated, is frequently a point of controversy in games and games media, when it comes to those who work in games (e.g. the Gamergate scandal), or just the games themselves (with organisations like Feminist Frequency looking to bring change).

“I think that [more female representation is] what’s starting to happen now, there’s a lot more females coming up”, says Aaron. “If you go to a games lecture [for Games Design at Teesside], half the room is female…it’s pretty mixed now. I think there’s probably more girls than guys”. Little surprise then that according to a 2016 report from Gametrack, 43% of UK gamers are female. What was once thought as a hobby for teenage boys, has evolved.

There’s no doubt the industry has evolved in other ways too, like with the general stigma that has surrounded the hobby since its inception. “It’s always like, if someone asks, ‘What do you do in your free time?’, ‘I play games’, there’s a negative stigma about it, they think that you just play games in your free time”, Andrew notes. “But from my point of view I’m confused as to what people do if they don’t play games in their free time”. Well, according to Nielsen, more people than ever are playing games, making anti-game stigma increasingly hard to hear.

To conclude, I asked both Aaron and Andrew what scared them the most about working in the industry full-time, and what excited them most.

“[I’m scared of] f**king up”, Aaron shares, with brutal honesty. “Doing something wrong and not being able to get it sorted out in time ‘cause you’re gonna have a lot of deadlines”.

A curse of the games industry’s continued success plagues Andrew’s mind meanwhile. “Finding a company [to work with]. There’s a lot of companies to choose from, being able to find one and stick with that…I’ll probably be pretty flexible…apparently there’s quite a few in Teesside, but it’s just that trying to find where to go”.

On the other hand, he looks forward to, “Being able to focus on one task for like-long-term projects. Like working on a game as a long-term project rather than short-term modules”.

“So just doing what you’re doing now, but more?” I ask, to which I get a confident, “Yea”.

Aaron, somewhat hesitantly, exclaims, “[I’m looking forward to] the money? Is that a good answer?”.

This article was originally published on November 3rd 2017, on the author’s blog. You can read more articles like this there: http://virtualdistraction17.blogspot.com/ 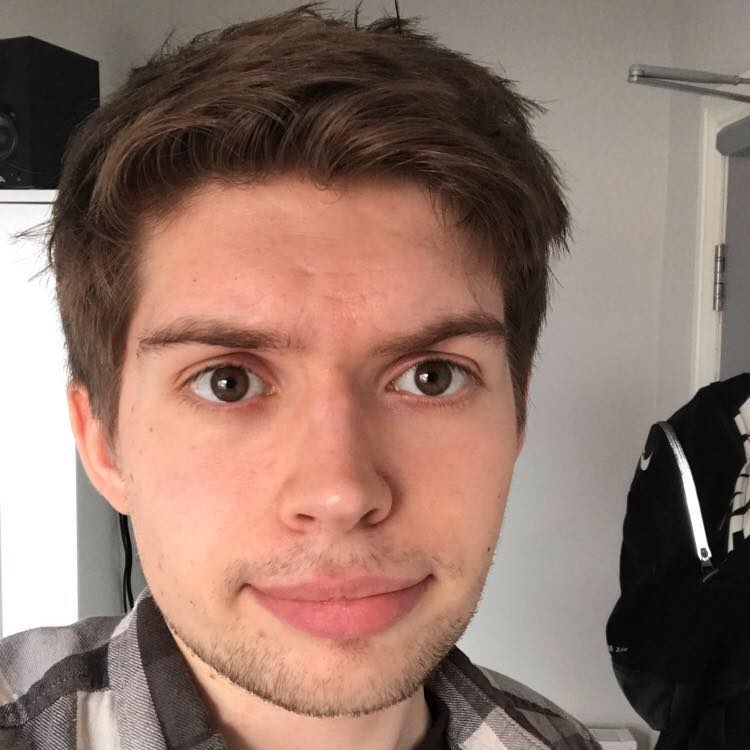 I particularly enjoy writing about video games, and in the future, I’d like to do so for a site like IGN or Gamespot. For now, I do it (sometimes) at virtualdistraction17.blogspot.com.

Why should YOU vote?

11 December 2019 Comments Off on Why should YOU vote?
Skip to content