Immigration has always been a debated issue among people in the UK.

There are those who see many benefits of having foreign people coming to the country as well as those who are opposed.

Brexit made it harder for Europeans to come here to study.

Before that, students coming from the EU countries were entitled to a government tuition fee loan as well as a maintenance loan.

Now, however, students coming from these countries are treated as international and therefore must pay their own fees.

For many that deprive them of a chance to study abroad in the UK.

The figure below taken from the HESA report shows the pattern of EU students immigration throughout the years. 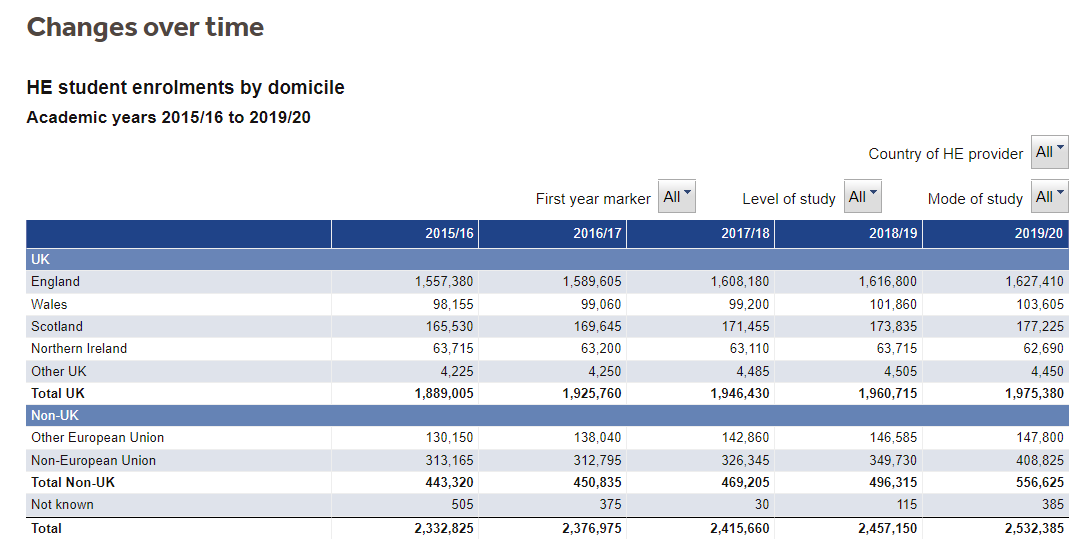 Looking at the table it is noticeable that the number of EU students in UK higher education started growing closer to the Brexit outbreak.

The reason for that might be the concern that after Brexit the possibility of studying in the UK would be hardly possible for Europeans.

The HESA report from https://www.studying-in-uk.org/international-student-statistics-in-uk/ claims that there are currently 143.025 EU students studying in UK universities.

There is a significant decline in the number of students coming from Europe compared to previous years.

While choosing the UK for studying may not be a popular option among European students anymore, the number of other international students has grown throughout the years.

The HESA report from https://monitor.icef.com/2021/01/foreign-enrolment-in-uk-higher-education-reached-a-new-high-in-2019-20/ shows a rapid increase in the number of non-EU students enrolled in UK universities between the years 2015 and 2019.

The same report also has shown that China and India are the top two countries from which international students come to the UK. 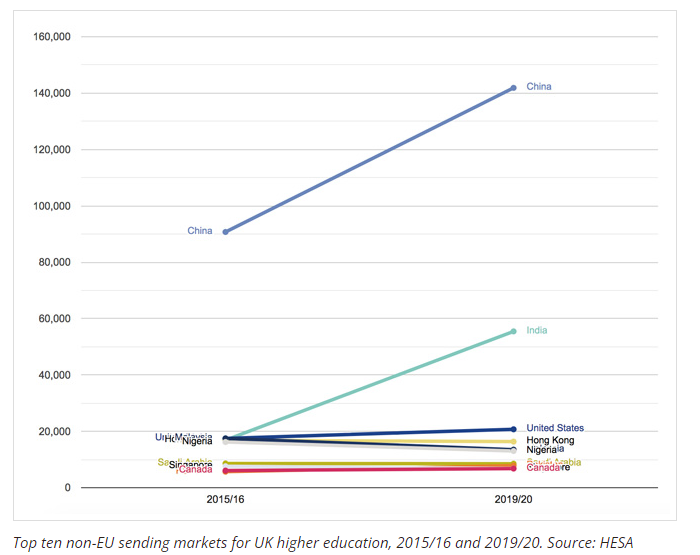 I spoke to Grace Dickinson from international admissions at Teesside University to find out more about the number of EU students coming to the university in recent years.

I think that there’s always been a concern this year that we would see a decline in EU numbers to the UK higher education as now this September is the first intake for EU students where they would be subject to international fees.’

It goes without saying that Brexit has had an impact on the number of EU students coming to the UK.

Nonetheless, the number of other international students has been increasing throughout recent years, which has had a positive impact on UK higher education sector.

It is hard to predict the future trend of Europeans coming to the UK for studying, however, Grace confirmed the positive attitude of Teesside University towards future numbers.

Grace said: ‘I think this year we’ve seen the first initial and quite a significant decline across the UK higher education sector.

I think it will start to pick up but I think it may be a few years before we return to pre-Brexit levels of EU students coming to the UK.’

Other sectors affected by Brexit are various labour industries such as farming, hospitality, and warehousing.

Farming is one of the most affected sectors. 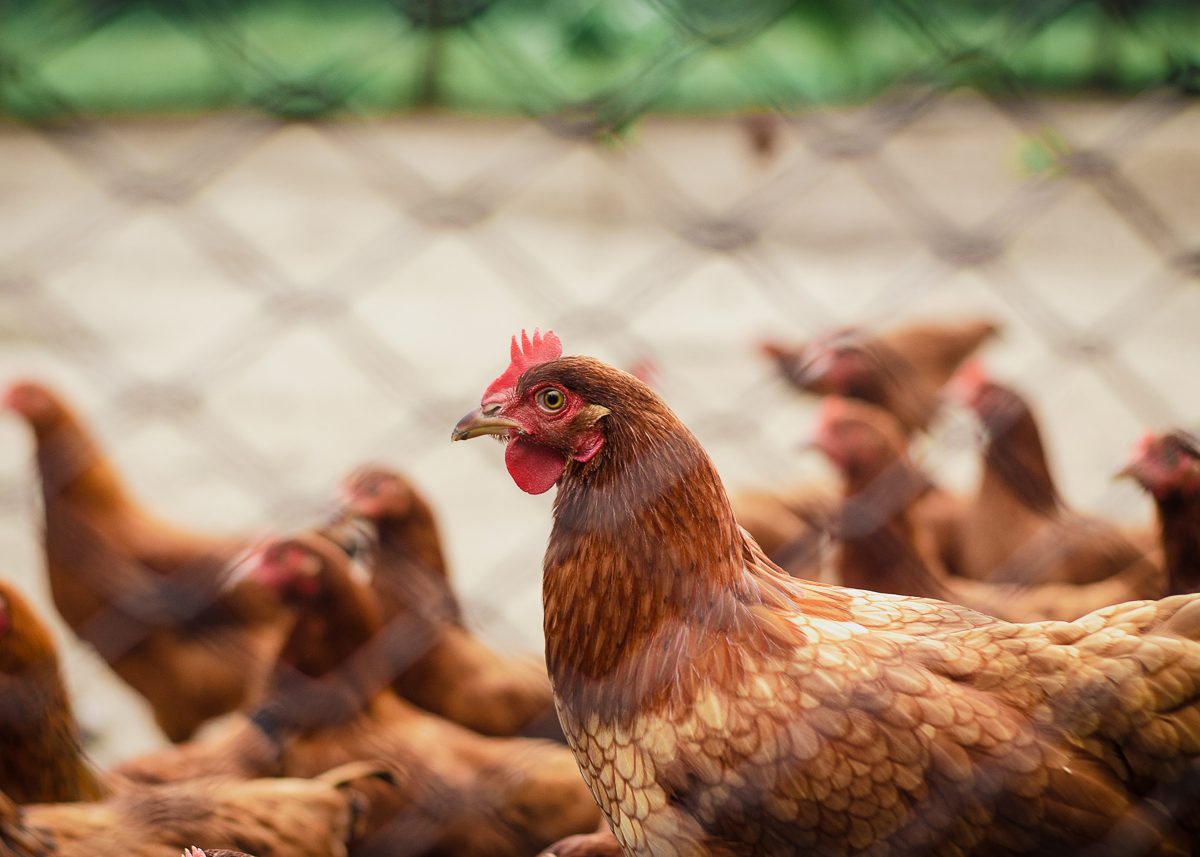 The post-Brexit farming and agriculture Bills have left farmers worried about their future.

Under the EU’s Common Agricultural Policy, the UK farming sector has been receiving direct payments each year.

In 2018, UK farmers received around £3.5 billion in CAP direct payments. 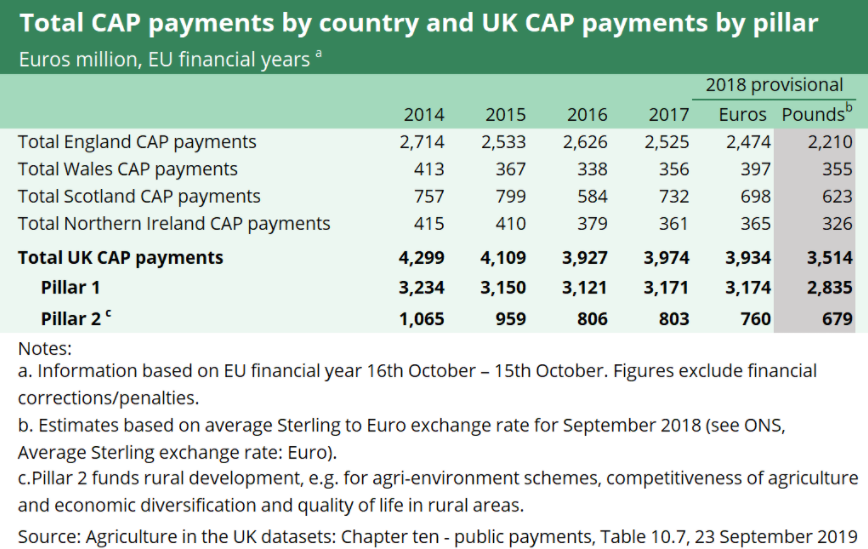 Leaving the EU meant that the UK could design their own farming policies.

The Agriculture Act, passed in November 2020, sets out new rules, including the list of public goods for which subsidies may be paid.

Industry groups showed concern that the government’s initial proposals paid too little for food production, did not include a long-term financial plan, and would make it too hard to get support.

In October 2021, the National Farmers’ Union (NFU) called for an urgent review of the future farming programme.

They claim that supply chain problems and decline in staff have caused disruption across the sector in the UK, making it hard for farmers to run their businesses.

Brexit had an impact on staff shortages within the farming sector as the number of EU workers has decreased. 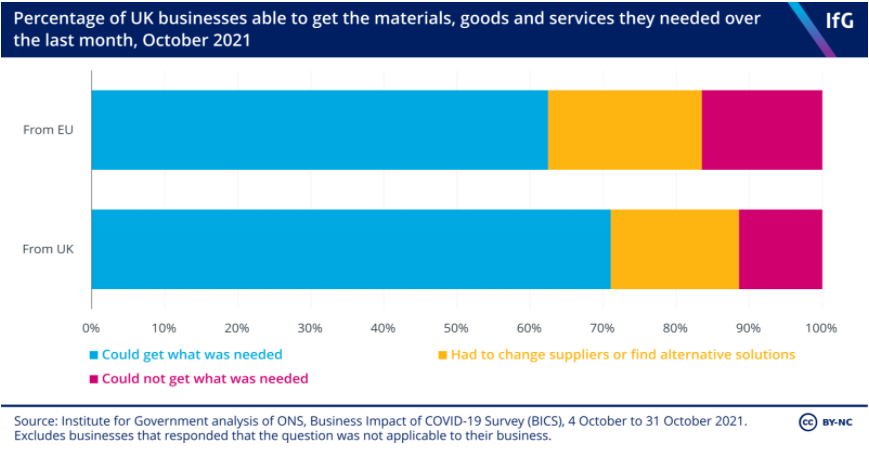 Another sector affected by Brexit is hospitality.

There are concerns as new immigration laws made many EU workers leave their jobs and go back to their home countries.

The additional costs of keeping European employees, such as visa requirements and applications, made it hard on the hospitality sector.

The report from National Office for Statistics shows the demand for staff. 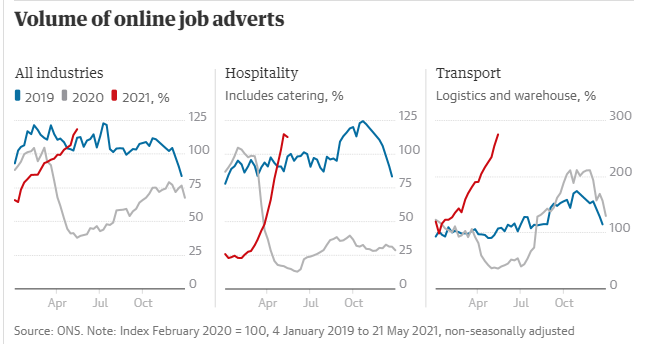 The chart illustrates how the number of job adverts online, especially from the hospitality industry, have dramatically increased.

This portrays the crisis in the sector.

Cameron said: ‘At Global Justice Now we believe in equal rights for every human being.

We believe in freedom of movement for everybody.

Everyone should have the opportunity to move anywhere they wish in search of a better life for themselves and their families.

Brexit has definitely had an impact on immigration.

There have been concerns for both UK and EU citizens regarding travel abroad, living and working in the EU and the UK.

We have been working with the campaign group Another Europe is Possible to try to get as much freedom for EU and UK citizens as possible.

British economy needs foreign workers and they should have the right to live and work in the UK.

The education sector also benefits from having international students in various ways, for example, financially, and it shares the multiculturalism.’

Brexit remains a controversial topic to this date.

There are many people for and against it.

The only thing we can do is to wait for the long-term effects of it.

WILL MP DEBATES ON PLASTIC WASTE MAKE A DIFFERENCE?

29 April 2019 Comments Off on WILL MP DEBATES ON PLASTIC WASTE MAKE A DIFFERENCE?

30 April 2019 Comments Off on DISABILITY: HOW DISABLED FRIENDLY IS TEESSIDE UNIVERSITY?
Skip to content