The ability to drive is something most of us can or want to do.

Popping to the shops, driving to work or even going on a long road trip, the necessity to drive a car is evermore increasing.

TV programmes like Top Gear and The Grand Tour promote luxurious and elegant vehicles costing upwards of £100,000 but most of us just need a car to do the basics: get us from A to B.

But imagine those tasks you would normally be able to do are gradually becoming more difficult because of your disability.

That’s the reality facing one Teesside parent who suffers from klippel-trenaunay syndrome which can cause the enlargement of a limb.

Kim Hunt is a fun, bubbly character who doesn’t let her disability get in the way of what she wants to do. Kim explains what klippel-trenaunay syndrome means for her:

“My main mobility issue comes from that my hip is dislocated permanently, and the hip joint isn’t formed properly. And because it has been like since birth, we can’t do anything about it.

“It’s arthritic and it will just get worse.

“At the moment it doesn’t really affect my driving. I think because you’re using the clutch quite a lot it is probably the left leg and the disability is on my right.

“I have started to get some arthritis in my left knee which is a consequence of my syndrome but not part of it and I do think that is going to affect it in the future.

“My main issue is probably getting in and out of certain cars, rather than driving it so that’s why I’ve always tried to have one that is slightly higher to get into but not too high because I’m small!”

Because of her disability, Kim had been granted Disability Living Allowance (DLA) for life which meant she got payments for a car as well as other benefits. However that scheme changed recently to Personal Independence Payment (PIP), which Kim was assessed for last summer:

“The difference that has made for me is that we’ve had to, after quite a few years of having a disability car, go buy our own car, which is fine, but then my insurance is now massive as I’ve had no insurance for however many years. So that has been a difficulty.”

The change from DLA to PIP made it more difficult for Kim to get a car, but it wasn’t just the price of insurance which made her worry:

“It’s that security of not having to worry about the car.

“If anything breaks down it gets sorted. You don’t worry about it quite so much. The other thing which was a big thing for me is that we changed the car every three years and I’ve changed the car as my disability has changed.

“Now I’ve bought a car, I won’t be able to do that every three years. I’ve been a bit nervous thinking; does it suit me?

“Before I didn’t worry quite as much as I thought well in three years’ time, I’ll have a chance of changing it even if I don’t need to.”

The PIP scheme came under a lot of pressure in December as a high court ruling found that it had been “blatantly discriminatory” against people with mental health conditions, and was unlawful because there had not been a consultation on the issue. Since then all 1.6 million PIP claims have been reassessed.

Despite Kim’s claim not being linked to a mental health problem, she believes the reassessment is necessary for people with mobility issues:

“I think it’s good that they have reassessed lots of people because I don’t think it was right that some people had disability cars that probably shouldn’t have had them.

“The problem is if you know how to answer the PIP form differently, and if you lie, then you can often get it.

“That’s the annoying thing for me is that people might get it that shouldn’t have.” 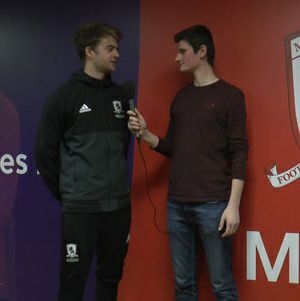 Organ Donation: The Lives it Saves

29 April 2019 Comments Off on Organ Donation: The Lives it Saves

10 December 2019 Comments Off on DOES PROTEST MUSIC STILL PLAY AN IMPORTANT PART IN TODAY’S SOCIETY?
Skip to content