With the recent appointment of Jackie Doyle-Price as The Parliamentary Under Secretary of State for Mental Health, Inequalities and Suicide Prevention it has to be asked whether or not it will have a positive effect on the mental well being of the country.

MP Doyle-Price will be covering issues from Mental Health and Suicide Prevention to Prison Healthcare and Maternity Services.

Paul Farmer, Chief executive of the mental health charity Mind, issued a statement on the appointment. In the statement Mr Farmer said: “Having a minister who can work across government departments is crucial in tackling the complicated issue of suicide. For the minister to really bring about positive change, any work by the minister and her taskforce must be done hand-in-hand with people who have direct experience of suicide.”

Mr Farmer also expressed that they would be expecting a new long term plan for the NHS after the appointment. There has yet to be a detailed plan released as of yet, however there has been an announcement about additional funding that was published earlier in the year before the appointment of Doyle-Price but nothing further or concrete.

Mr Farmer made a point of also addressing how: “…it’s not just about mental health services, because the reasons for suicide are many and complicated. Life can be challenging and living with a mental health problem can make the ups and downs of day-to-day life that much harder to manage.” Farmer stressed the need for a benefit system that that doesn’t drive people further into poverty, access to better housing and improved social services. 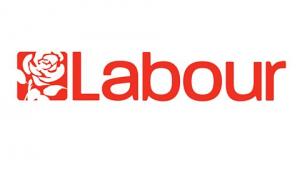 Matthew Storey, Parliamentary Office Manager of Labour MP Andy McDonald’s office, when asked if MP Jackie Doyle-Price could effectively tackle the issue of suicide prevention he said: “In short- no. These are all extremely complex issues with a multitude of policy requirements and potential avenues to explore. The issues of maternity care and women’s health seem particularly incongruous. It is a concern that if the government was planning to give suicide prevention the requisite attention it would be unlikely to have folded it in with other such diverse matters.”

On the topic of if suicide is something that should be tackled by the government Mr Storey said: “I totally agree that suicide prevention is a tremendously important policy issue and I am pleased the government has a minister with responsibility for it. However, the portfolio as set out [earlier] clearly shows that their role will be diluted massively and it is sadly yet another example of this government making bold statements and not backing them up. They promised parity for funding for physical and mental health but this has not materialised. Nor has there been anything like the increase in funding that the NHS has been crying out for since 2010. Mental health must be given parity of funding with physical health and we must ensure that the NHS as a whole has the money it needs to provide the services and care we all rely on.”

Mr Storey also mentioned about how the Labour Party Manifesto at the last general election was committing the party to early intervention in mental health by increasing budgets. He also pointed out The Education and Health and Social Care Committees have criticised the current government on their lack of ambition when addressing Children’s and Young People’s mental health in the government’s recent Green Paper. “They raise concerns that Ministers had not adequately recognised how the proposals would be achieved in further education institutions and called on the Government to utilise the potential of a further education sector approach in implementation.”

Papyrus, a mental health charity which focuses on youth suicides, asked that the government prioritises youth suicide. Chief Executive of the Charity, Ged Flynn, he said: “We want to see a much more obvious emphasis on the fact that suicide is the leading cause of deaths in young people between 10 and 34 of both sexes. This must be a primary focus going forward. Teenage suicide is on the increase. Stemming this is more important than anything if this government is really serious about suicide prevention.”

Mr Flynn also refuted the Prime Ministers claim of the UK holding Mental health to the same level of Physical Health, citing young people who call the charities helpline talk of lengthy wait times of effective mental health care even while at at the point of being suicidal. In a study which collected the data of 21 countries in 2007 the UK was rated 14th out of the 21 when it came to addressing mental health.

Stephen Habgood, the Chairman of Papyrus, issued an invitation for MP Jackie Doyle-Price to visit Papyrus. “I would like the new minister to come and meet some of our trustees and the many parents whose children suicides could have been prevented. We will happily work with her to smash suicide stigma, starting with that which is perpetuated by the State itself.”

The overall view of having a Member of Parliament who is addressing the issue of suicide prevention seems to be a positive and welcomed one. However people seem worried about weather or not it will be done effectively due to the wide range of topics and issues that The Parliamentary Under Secretary of State for Mental Health, Inequalities and Suicide Prevention will address in her new role.

WHAT DOES THE FUTURE HOLD FOR THE BRITISH HIGH STREET?

8 February 2019 Comments Off on WHAT DOES THE FUTURE HOLD FOR THE BRITISH HIGH STREET?

24 January 2020 Comments Off on DOES SOCIAL MEDIA INFLUENCE BODY IMAGE ?
Skip to content