With 2019 coming to a close and a fresh decade ahead of us, we have looked back over the major news stories that have been reported on nationally, locally and on TUXtra to provide you with our review of the last 12 months. 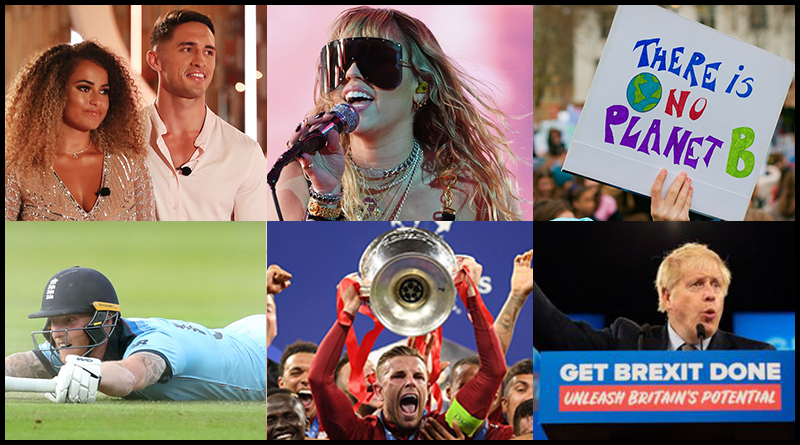 The final year of the decade has certainly been a dramatic one.

It has been a year that has seen Prime Ministers come and go, some of the world’s best music stars rock up on Teesside’s doorstep, England crowned world champions and the World’s Best Parmo decided upon.

And could it be that the Brexit question has been finally decided?

With so much happening, both on a national and local level, why not look back on a year full on incident, whilst taking in some of the best that TUXtra has had to offer over the last 12.

Providing a sign of how the one topic was going to dominate the news agenda over the coming year, the subject of Brexit was at the forefront of headlines in the first three months of 2019.

After seeing her deal on the UK’s withdrawal from the European Union rejected by MP’s by a 230 vote margin – which was the largest defeat for a sitting government for 100 years – Prime Minister, Theresa May would the day later survive a no confidence vote by the slender margin of 19 votes.

Later in the first quarter of the year, MP’s would vote in favour of May requesting an extension from the EU to the then Article 50 deadline of 29 March.

Another emerging issue for 2019 was the increased realisation that the world was facing a climate emergency and February and March saw thousands of UK school pupils going on strike as part of a global campaign for action on climate change, an issue TUXtra would go on to report on locally during the year.

Meanwhile, locally, a select group of Teesside University journalism students started the year by getting an in depth look at what their futures might look like, with visits to the London headquarters of Sky Sports News and Bloomberg, whilst the Universities sporting students secured victory once again in this years Tears Wear Varsity Contest, beating Sunderland University by 11.5 points to 3.5. 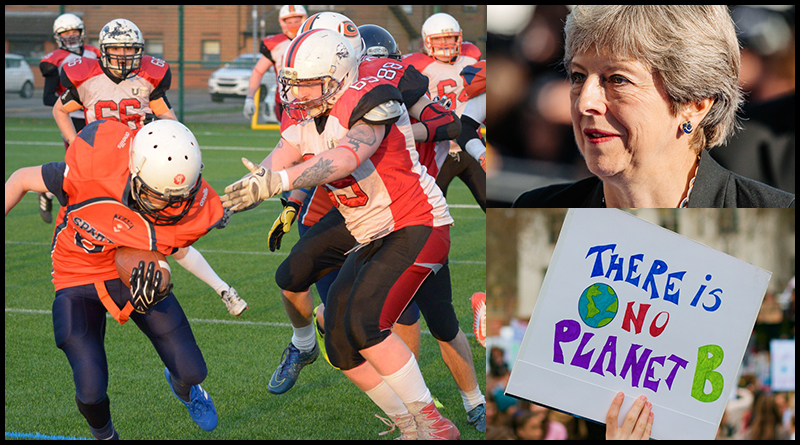 MEETING THE WINNERS OF THE SU ELECTIONS

The start of the proceeding three months would see a welcome rise for many an employee as the National Living Wage increased by 4.9% to £8.21.

However, that national boost would later be tempered locally by the news that British Steel Limited was to move into insolvency.

With the firms bases in Scunthorpe, Teesside and Skinningrove employing 5,000 directly and contributing a further 20,000 jobs across a supply chain, the ongoing uncertainty at British Steel remains a very real concern for thousands of families across the North-East this Christmas, despite recent reports that the Chinese owned steel conglomerate Jingye Group have made an offer in principal to purchase the business.

Meanwhile in entertainment news, Hartlepool born pop singer Michael Rice was to rise to unwanted notoriety as the UK’s entry to the European Song Contest, after finishing in last place.

To compound matters, the on the night score of 16 points was later revised down to a meagre 11, as Rice cited the years recurring theme, Brexit, as the reason for his and the UK’s continued failures in the competition.

And finally, June saw Liverpool claim their sixth European Cup title, at the expense of Tottenham Hotspur, with goals from Mohamed Salah and Divock Origi securing the game for The Reds in the all English final at the Wanda Metropolitano in Madrid, ensuring their season finished on a high note after losing the battle for the Premier League title to Manchester City. 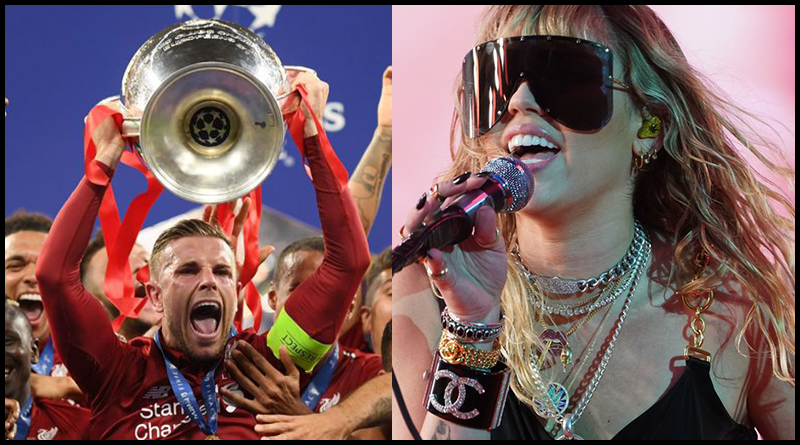 The Lionesses were to suffer heartbreak on the night, going down 2-1 to the eventual champions, but England’s male cricketers would emerge victorious in their own World Cup final, 12 days later, against New Zealand at Lords.

In a pulsating match, the scores were tied at the end of each sides 50 overs innings, forcing a further ‘superover’ in which the sides would end up tied again.

England were eventuality, deemed victorious on account of the greater number of boundaries scored, with Teesside’s own Liam Plunkett playing a big factor in the final, taking 3 wickets on the day.

But it was the performance of Ben Stokes – who had a phenomenal year personally, including those Ashes heroics that were follow in August – that would be deservedly the subject of standout praise for his crucial 84 not out during England’s reply and the further 8 he scored during the superover.

There was also a change at the top of the order in the Conservative Party during July, as Boris Johnson was chosen as the parties new leader following Theresa May’s resignation in June.

And in an early act Johnson, who is no stranger to controversy, was at the centre of heated debate once again over his decision to prorogue Parliament in early September, a move that would eventually be deemed unlawful and annulled by the Supreme Court.

In this periods other crucial polling news, Love Island couple Amber Gill and Greg O’Shea were voted winners for 2019’s series, with an estimated 3.6 million tuning into ITV2 to watch the final. 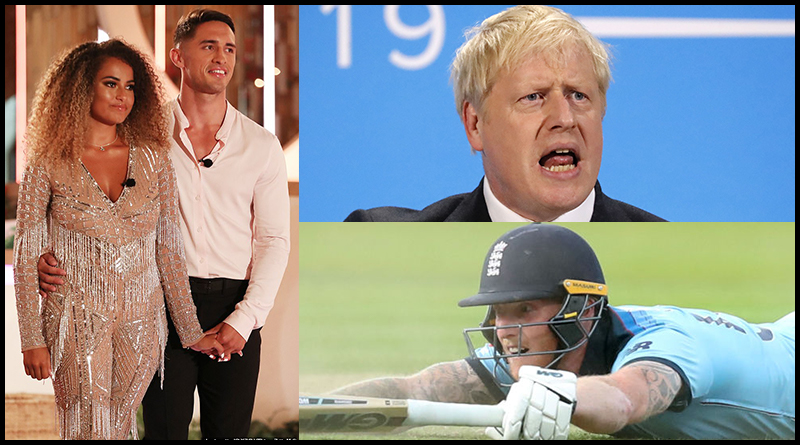 KNIFE ANGEL INSTALLED IN CENTRE SQUARE AHEAD OF OFFICIAL UNVEILING

“WE CAN BE RIGHT UP THERE” – WOODGATE SETS HIGH STANDARDS

Moving into the concluding months of the year, it was one long running event that would dominate matters and will likely shape what is to come in the year ahead – that being the Christmas general election.

The election, the first to be held in the month of December in this country since 1923, came after Johnson had managed to agree a new withdrawal agreement with the European Union in October, only for the newly negotiated Brexit deal to be roundly rejected by MP’s.

Eventually a general election was called for Thursday 12th December, with the ultimate result being that Johnson would return to Number 10 with a handsome majority, powered by a huge shift in political allegiances in the Teesside region, thus granting him the power to ‘Get Brexit Done’.

But despite the general election dominating the news wires, there was plenty of significant stories here on TUXtra during the later of part of the year, with annual local music festival Twisterella once again drawing in the crowds, Middlesbrough Mayor, Andy Preston announcing plans for a £250 million Digital City to be developed in the town and Stockton restaurant Borge being crowned 2019’s World Parmo Champions.

And closing off an exciting year for Teesside University, the construction of the brand new #StudentLife Centre, the latest edition to the Campus Heart, is nearing completion, with it’s official opening due to take place in the new year. 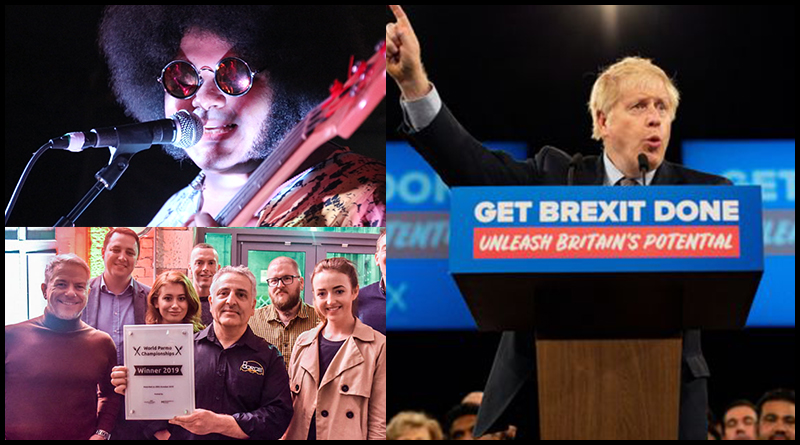 What was the major story for you in 2019? Whether it’s a national, local or personal news event, we’d love to hear your suggestions, so tweet us @TU_Xtra with the #2019review

15 January 2021 Comments Off on CORONAVIRUS AND STUDENTS’ MENTAL HEALTH

Students could lose out on learning Poetry due to Covid 19