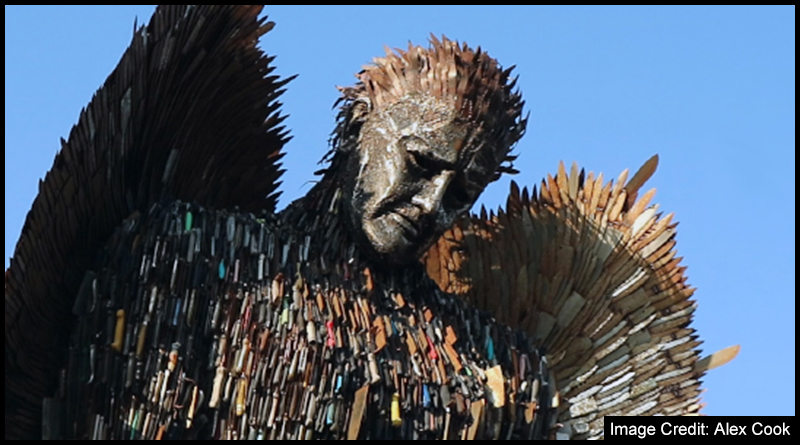 A giant sculpture made from over 100,000 blades was installed in Centre Square, Middlesbrough, this afternoon, ahead of its official unveiling tomorrow morning.

Standing as a ‘National monument against violence and aggression’, the 27ft tall angel has come to Teesside following a bid from local anti-violent crime campaigners, Theresa and Tom Cave, with support from Cleveland PCC and Middlesbrough Council.

Looking on with a great deal of emotion and pride as council workers secured the sculpture in place, Theresa told me, “it’s absolutely amazing we’ve brought it to Middlesbrough to raise awareness.”

The artwork was brought to life by sculptor, Alfie Bradley, in collaboration with the British Ironworks centre, following a 2014 knife amnesty which saw the setup of 200 knife banks across 43 UK police forces.

Casting a facial expression of “why” the Angel’s wings include blades inscribed with the names of loved ones that have been lost to knife crime.

The Knife Angel took over two years to create and has previously been displayed in Coventry, Hull and Liverpool. 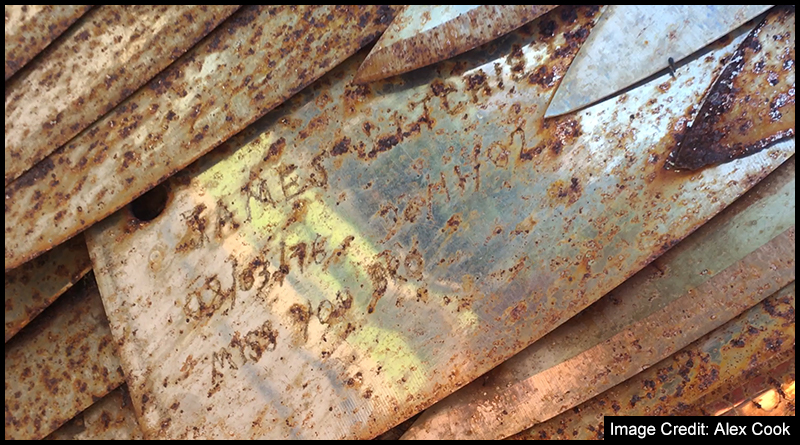 The erection of the sculpture marks the latest part of a personal campaign by the Cave’s against violent crime following the life changing murder of their son and brother. Chris Cave.

Chris was just 17 when he was innocently stabbed to death in Redcar in 2003.

Now more than 15 years on, his memory lives on through the Chris Cave Foundation, run tirelessly by Theresa with support from Tom with a dedication to preventing and deterring young people from carrying weapons and committing violent crime.

“It’s all about prevention.” Theresa explained of her collaborative work with Cleveland PCC that will include education programmes for young people in Middlesbrough Town Hall throughout August.

Talking on the problems of knife crime, Theresa continued, “the epidemic hits London, Birmingham, Manchester, all the major cities, its here in Middlesbrough and Cleveland.”

But whilst challenges remain, Theresa can see first hand the valuable impact initiatives such as the POINT 7 programme she runs can have on the local area, adding, “it’s going to be really great to educate these young people.” 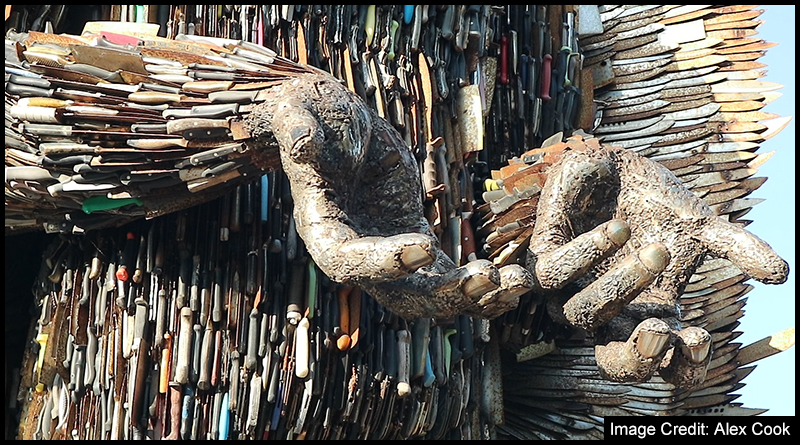 “Impactive presence in the heart of Middlesbrough”

Welcoming the Knife Angel to Centre Square, Police and Crime Commissioner, Barry Coppinger, commented that it would prove “an impactive presence [sic] in the heart of Middlesbrough,” adding it was “what we need to raise awareness about the traumatic effects of knife crime.”

“The sculpture means so much to victims’ families, and it’s their stories that can help to educate people about the devastating consequences of knife related violence.”

“We’re delighted to host the sculpture in Middlesbrough, and look forward to welcoming thousands of visitors from across the North East to Centre Square in August.

“Such a beautiful piece of art carries with it a powerful message about the senseless loss that accompanies all knife crime.”

The Knife Angel will be on display in Centre Square throughout August. 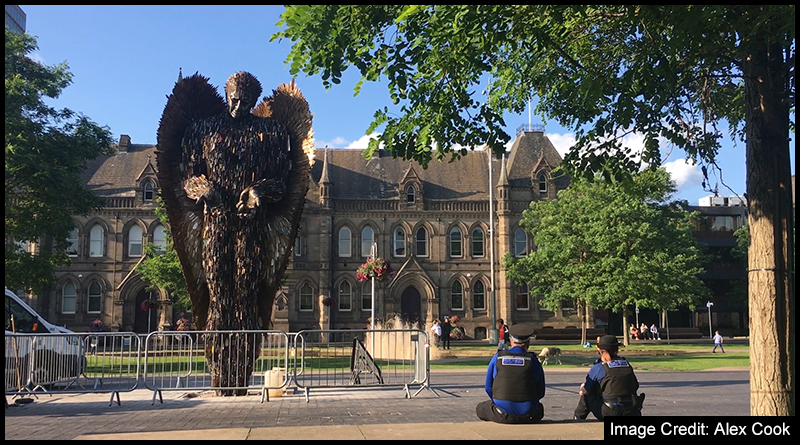 WILL STUDENTS BE ALLOWED HOME FOR CHRISTMAS?

4 November 2020 Comments Off on WILL STUDENTS BE ALLOWED HOME FOR CHRISTMAS?
Skip to content