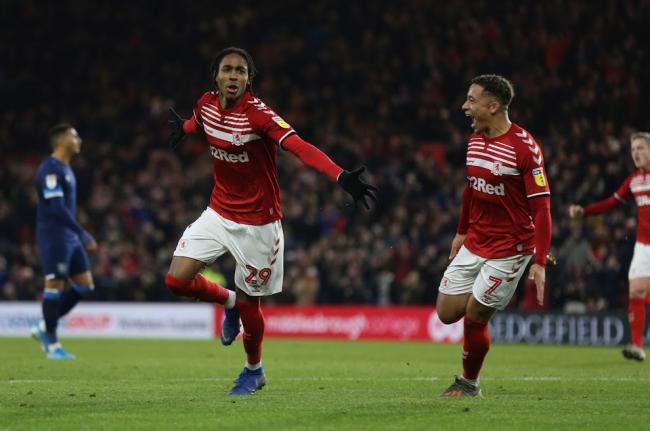 In just his fourth senior start for Boro, Spence prodded in at the back post after lovely build up play from Ashley Fletcher and Marcus Tavernier.

The victory means it is now four straight home league wins for Jonathan Woodgate’s men, while for Danny Cowley it ends a three match unbeaten run.

Middlesbrough started the brighter of the two sides and went close twice in the opening six minutes as Hayden Coulson fired over on the half volley then Daniel Ayala headed over from a corner.

Huddersfield were disrupted by a hip injury that forced Jonathan Hogg to depart after just 23 minutes.

Tempers flared upon half time as Juninho Bacuna and Jonny Howson clashed which resulted in a melee, with the two both booked for their part in the disruption.

The Terriers spurned a huge chance to equalise when, after a shoddy back pass from Ayala, Jon Stankovic headed over when unmarked from a corner.

Ashley Fletcher saw a close range effort saved by Kamil Grabara, with Tavernier’s shot on the rebound falling to an offside Fletcher who knocked the ball in but was denied by the flag.

Victory means that Middlesbrough are now 19th in the Championship table, with a trip to West Brom coming up in their final match of 2019.

Huddersfield who fall to 20th, just four points above the drop zone, host Blackburn on Sunday.

Man of the match: Djed Spence.

“WE CAN BE RIGHT UP THERE” – WOODGATE SETS HIGH STANDARDS

NORTH EAST FOOTBALL ROUND UP