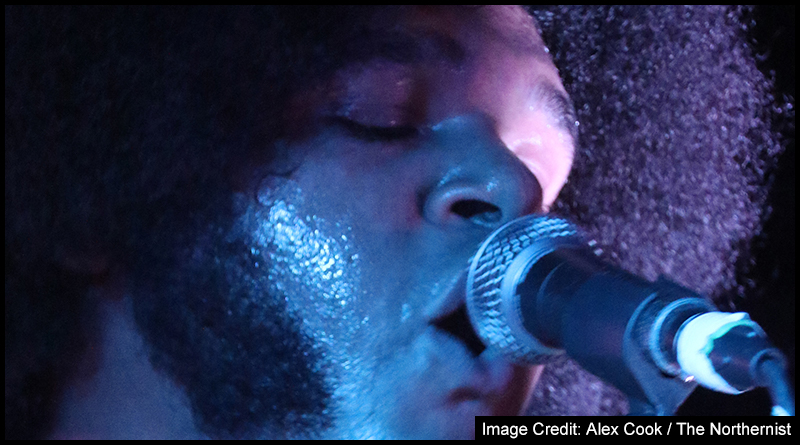 Middlesbrough’s much-loved, annual music extravaganza, Twisterella, returned  at the weekend, much to the delight of hundreds of festival-goers.

The multi-venue event, which has a rich history of showcasing an array of under-the-radar talent, saw a mix of local, national and international acts play in front of packed-out venues across the town centre.

Running for the sixth consecutive year and featuring over 40 acts, at the top of the bill and on everyone’s lip as ‘the performance to see’ was surrogate ‘Redcar-donian’, Dylan Cartlidge.

But in truth it was easy to find high-class performances throughout the day starting with the high-energy, Americana infused rock ‘n’ roll offerings provided by Red Rum Club, as they opened proceedings at Teesside University’s Students’ Union.

Also wowing crowds early-on during a beautifully crisp autumn afternoon, were Hartlepool’s indie-pop band Mt.Misery during their early slot at the Westgarth Social Club, whilst Teesside grime-artist Shakk dropped his politically tinged rhymes to an engaged audience over at TSOne.

Further evidence of the vast range of music styles on show throughout the festival could be witnessed through the intimate, paired-back sets laid on by Saltburn’s Travis Shaw at Grange Road’s, Off the Ground and Martha Hill’s spine-tingling, solo-cameo at The Bottled Note.

With so many top-notch acts appearing across the festivals four main venues, all a short walk from each other, plus a cluster of special pop-up sessions around Middlesbrough’s fabled Baker Street, the biggest challenge for fans in attendance was deciding on who to see where and when.

But in speaking to festival-goers, it became clear there was one particular performance that everyone wanted to see; that of headliner, Dylan Cartlidge.

These sentiments were typified by fully seasoned Twisterella veterans Lou, Nathan, Declan and Patrick, who were all in agreement that adopted Teessider, Cartlidge, was “fully deserving” of the lofty status.

“Dylan’s one of the hardest working lads in Teesside” added Patrick, to enthusiastic nods of agreement from his companions and this assertion was quickly to become evident as Cartlidge appeared on the Twisterella scene well before his set, all too happy to give up time to speak with and pose for selfies with what seemed a never ending queue of fans.

Instantly recognisable courtesy of his giant Afro and trademark Hawaiian shirt, here was a local icon who has found national-level success, not forgetting his roots and in doing so showing what a genuine, humble and grounded young-gentleman he is.

“I’m extremely excited, this is the first time I’ve headlined” responded Dylan when asked how much he was looking forward to playing in front of so many adoring fans, adding “if more than four people turn up I’m happy, anything less then I’m not happy.”

“This is the third or fourth time I’ve played Twisterella, it’s such a great gig” continued the 25-year-old, going on to recall his eventful first appearance at the festival.

“The first time I played, I had to break out of St James Cook and was on stage in my hospital gown. It was a great gig, we all had a blast, and after some JD’s amd Maccy D’s, I snuck back into the hospital.”

‘This is the lifeblood of the local music scene’

Not long after our interview, Cartlidge wasn’t to disappoint his expectant fans, bringing down the curtain on this years Twisterella festival with a mesmeric-set.

But in a further sign to the integrity of the man, despite being thrust into the national spotlight following his appearance on the BBC’s Mighty Redcar series and heralded music performances including at this summer’s on Radio 1 Big Weekend, Cartlidge was quick to point to the importance of events like Twisterella in supporting up and coming North-East artists.

“This is the lifeblood of the local music scene, I can’t praise Andy, Phil and Henry enough (Twisterella co-organisers), they have phenomenal skills, to dig in and make it happen here. I’m just happy to play may part, knowing there’s so much love here.”

And these were comments echoed by both fans and artists we spoke to across the day.

“This is the best thing that has happened to Middlesbrough, the music scene is the best thing about this town” was the definitive verdict of sisters Emma and Sarah Mitchell, who’s shared love of Scandinavian sounds had seen them capture the “very energetic performance” of Danish band EUT and had them looking forward to experiencing the ‘punky sweetness‘ of Norwegian four-piece Pom Poko later in the evening.

And David ‘Smarties’ Macnab, part of the North-East psychedelic-indie-pop group Llovers was also in agreement.

“It’s just dead good” said the singer / guitarist, ahead of their performance at The Townhouse as the festivals special surprise guests, adding that he hoped the many familiar faces in the crowd would “bring the slime!”

One of the beauties of events like Twisterella is that it gives music fans the real prospect of witnessing something special.

An intimate gig with what turns out to be an international superstar. One of those, oh so special, ‘I was there moments!’

And for those crammed into The Bottled Note to witness the acoustic set of Scottish multi-instrumentalist, singer-songwriter extraordinaire Martha Hill, the universal feeling that we were witnessing someone destined for greater things was easily identified by the concentrated silence each song was received in – apart from a brief creek from the bar door opening (sorry!).

The first of two performances on the day, the completely unplugged thirty minute set provoked memories of the late Amy Winehouse, whilst echoing elements of Billie Eilish.

Yet whilst these loose comparisons could be considered worthy and lofty praise, they also serve as an unwelcome distraction from the unique talent, sound and viewpoints that Hill brings through her music. She is certainly not anyone’s clone.

“This is the sixth time I’ve seen her, she’s just got such a fantastic tone and natural talent” enthused one fan, whilst another commented “the reaction she gets is so deserved. She’s just amazing.”

“It was really lush, everyone listened. It was daunting playing to such a huge crowd” said a mildly bashful Hill, before adding “Middlesbrough fans are dead canny!”

Another unassuming giant of the Twisterella festival is co-organiser, Andy Carr.

Spotted throughout the day enjoying the music performance he and friends Phil Carey and Henry Carden helped to make reality, Carr was once again appreciative of the strong support the local music going public has shown the Twisterella Festival.

“People are so supportive.

“Something like this requires taking a chance on some of the acts. It exposes people to new stuff, takes people out of their comfort zone. But it’s great to see so many people enjoying all these fabulous music acts.”

Asked what the secret was to the festivals continued success, Carr felt it has the trio’s focus on quality was a big factor.

“We don’t want to waste any slots.

“There’s no fillers, we invite people on merit to make it the event that it is. It’s about finding the best up and coming local, regional, national and international acts and bringing them here to Teesside.

“This year we’ve had acts from Spain, Holland, Norway and even Canada. And we have Dylan headlining. It’s a fantastic line-up.

“This is something for pure music fans. Music at that grassroots level.”

But there was one big surprise that the man who also plays a big part in the organisation of ‘WAG-rival’ event, Stockton Calling, would reveal when discussing his huge role in the local music scene.

“It’s still a hobby!” laughed Carr, who when not organising music festivals is inspiring young minds as a teacher at Macmillan Academy.

But despite this annual project being an object of passion that he and his mates peruse in their spare time, the positive impact the festival has on the local music economy was not lost by Carr.

“You know, Middlesbrough gets a tough press at times.

“But we’re still open for business. We still know what we’re doing.

“It’s about getting people into the town, helping them enjoy themselves, so that when they go home they’re thinking, ‘I was in Boro and I had a great time’.”

And on reflection, Carr is no ‘Billy Liar’. In fact, not a truer word could be said, because Twisterella never fails to takes music fans on a wonderful festival Ride – thus proving that once again, on Twisterella weekend, Middlesbrough, is where you have to be.

THANK-YOU’S: We’d like to extend are gratitude to Andy, Phil & Henry, all the artists, all the venues, all event support staff that and of course all of YOU that attended. Here’s to Twisterella 2020! 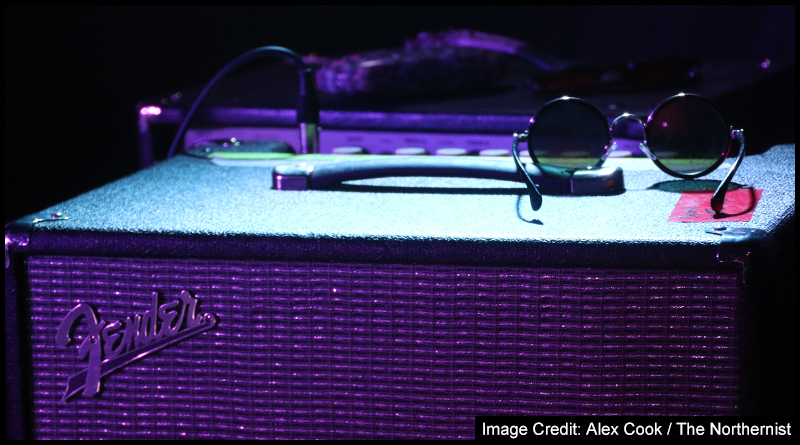 MIDDLESBROUGH REMEMBERS: LAYING OF THE FIRST POPPY WREATHS IN THE TOWN

8 November 2019 Comments Off on MIDDLESBROUGH REMEMBERS: LAYING OF THE FIRST POPPY WREATHS IN THE TOWN