The World Parmo championships take place in middlesbrough with a public vote set to decide the final four to compete in a big Parmo showdown. 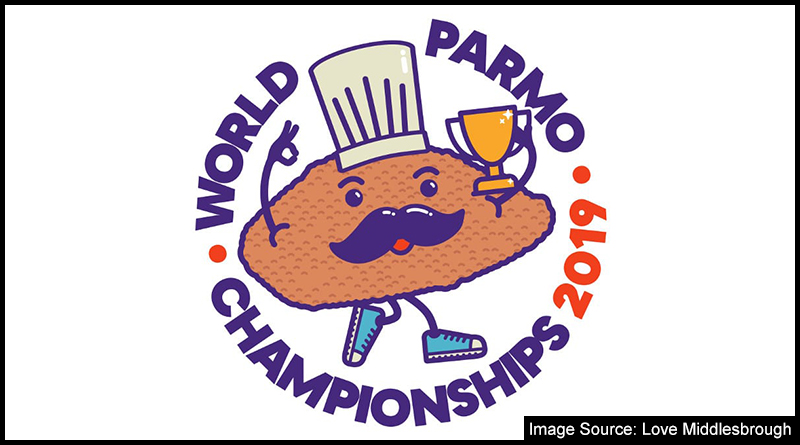 The 19th century French politician and author Jean Anthelme Brillat-Savarin famously wrote; “Tell me what you eat, and I will tell you what you are.”

Well for Teessiders, the answer to the first part of this Medetations de Gastronomie has to be Boro’s beloved Parmo, for the now legendary breaded chicken, béchamel sauce and cheese covered treat, often very much enjoyed following a night out on the town, has firmly become an iconic symbol of Middlesbrough’s modern-day cultural heritage.

Yet despite the Parmo’s growing popularity and status, both here in the North-East and further afield, one important question has gone unanswered for too long…

Who makes the best Parmo?

Return of The World Parmo Championships

The last occasion the best Parmo was decided was back in 2015 at the Stockton Show, held in within the grounds of Grade II listed Preston Park, where Yarm Lane, Italian restaurant, Borge was judged to be the champions.

Since that time, the delicacy has been seen on BBC’s Masterchef and labelled ‘monsterous’ in The Times by the Chairman of the National Obesity Forum, Tam Fry, on account of the 2,000 or so calories that a Parmo contains.

To put that in perspective, the NHS guidelines for the Recommended Daily Allowance (RDA) calorie intake for men in 2,500kcal, whilst for women it is 2,000kcal.

But Middlesbrough’s Elected Mayor, Andy Preston was unperturbed in bringing the competition back to the Parmo’s spiritual home, declaring in a Facebook post to earlier in September, “lets get sharing pictures, talking about our favourite dish.”

And Nunthorpe Councillor and Executive Member for Culture and Communities Mieka Smiles, was also backing the return of the competition to Middlesbrough, revealing that the online vote on Love Middesbrough’s dedicated World Parmo Championship page had already attracted over 8,000 votes, adding “it’s really captured the public’s imagination.”

Mieka said: “There are lots and lots of different foods and specialities with high calorie intake.”

“But people know it’s to be eaten in moderation.

“Obviously it’s not to be eaten for breakfast, lunch and dinner, but there’s no harm in having a Parmo every now and again.”

I’m launching the World Parmo Champs to find the restaurant that does the best version of our cultural delicacy.
I’m dealing with loads of serious stuff but its important to have fun too – so nominate your favourite place for parmos via https://t.co/TTdXXnq3lp#worldparmochamp pic.twitter.com/wPI0gQIEN0

The route to becoming #WorldParmoChamp

With 30 different restaurants ranging from near and far, battling for the accolade of being crowned #WorldParmoChamp competition couldn’t be fiercer.

Mieka said: “We’ve got one from Australia, we’ve got places in North-Yorkshire, places from Stockton, it’s a wide geographical spread.”

“They’re going to have a cook-off, a ‘parmo-off’ in the Town Hall.

“It’s going to be a blind taste test and we’re going to be judging them on the béchamel sauce, the topping, there’s some quite specific criteria that the judges are judging on.

“It’s going to be a really fun night and we’re really looking forward to it.”

The Parmo: A brief history

One of the reasons the Parmo is such a celebrated dish in these parts is because it’s origins began here in Middlesbrough.

A dish that was originally prepared with either a breaded cutlet of chicken or pork, there are a few different tales that lay claim to being the official story of how the Parmo came to be, but perhaps the most convincing is that of involving an ex-Chef in the US Army.

Having been wounded in France during World War II, Nicos Harris was brought to the UK to be treated in a British hospital. Some time after the war, Nicos would move to Middlesbrough and setup ‘The American Grill’ on Linthorpe Road, which is thought to have been the birth place of the Parmo as far back as 1958.

It is also suggested that the dish gets its name from the Southern Italian breaded eggplant or meat dish, Parmigiana – rather than from being created by a hungry and inspired Algerian student named, ‘Mustafa Parmo’ from the remnants of his fridge.

But there is one further party laying claim to being the creators of the Parmo.

When judging the inaugural World Parmo Championships in 2007, chef Charlie Constantine of the Buck Hotel in Great Ayton, is quoted by the Northern Echo’s, Chris Lloyd as a potential godfather of the Parmo.

“We just couldn’t get the veal in the 1960’s so we took the béchamel sauce from our moussaka and put it on a deep-fried pork fillet,” Charlie said.

“Parmesan goes hard when you grill it so we replaced it with cheddar, but we forgot to change the name on the menu.”

So another plausible story there you may think, but whilst the definitive history of the Parmo remains a case for Redcar’s, Parmo Hunters to solve, it’s reassuring to know that the Parmo’s sixty-year history has at least been immortalised in song.

Here are links* to local Punk band The Amazing Spacefrog’s and Teesside’s MC Clive and Shotta Shah’s musical homage’s to the humble Parmo.

*links are clicked at users own risk!

“It’s the best thing in the world to eat!”

What do Teesside university students  think about the Parmo?

“It’s just like the weirdest combo, but it’s the best thing in the world to eat.”

Journalism student Liam Jones  said:  “You can only get it round here. You go anywhere else, it’s not the same. You go to Newcastle, it won’t be as nice.”

Now you’ve heard all about The World Parmo Championships and everything you didn’t need to know about the delicacy itself, we want to know your thoughts on everything Parmo.

Where’s the best place to get one? What type of Parmo do you go for? Join in the debate @TU_Xtra using the #WorldParmoChamp