In today’s society, different variations of families are becoming more common. From nuclear families, to same sex parents to single parents, there is more diversity than ever. However, something that brings all those variations together is loneliness, most notably in single parents.

Parents from all circumstances can feel lonely at any given time. A mother on maternity leave may feel lonely as she does not have the social aspect of going to work and spending time with other adults.

A young parent may feel isolated when their friends are going out and doing typical teenager activities, a parent with grown up children will feel lonely when they are in an empty house as their children have moved out of the family home. All diverse circumstances but all feel lonely in different aspects of their lives.

Gingerbread devote their work to make sure single parents do not feel like they are completely by themselves and they are able to raise their children in the best way possible. This includes getting them the help their need when they feel isolated or struggling with their mental health. 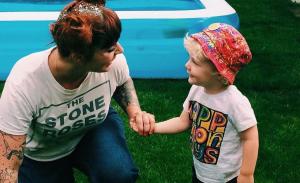 Danielle Parry is from North Wales and has been a single parent to her three year old son Gruffydd since she was six months pregnant.

She believes that being a parent can be a lonely life regardless of being single or not.

She said: “It depends on circumstances. For example on paper yes it’s lonely, once the baby is in bed there’s no one else with you.

“You cook tea for one, watch TV alone, no conversations with anyone, then off up to bed.

“But how many people in relationships feel lonely too – if anything I can imagine that’s worse, being committed to someone but feeling completely alone. So although yes I was alone, I don’t think I ever felt lonely.”

As a single parent, Danielle has never felt lonely as it is the only thing she has known.

She said: “I broke up with my son’s father before Gruffydd was born and I have raised him by myself so I don’t know any different.”

Gingerbread offer a variety of advice for single parents in diverse situations – from single mothers like Danielle, single dads, teenage parents and many more.

They offer physical advice such as how to tackle finances and how to get their child into the education system, but they also offer advice on psychological matters such as how to control loneliness.

They have an online forum in which parents can air their issues and seek advice when needed. Danielle believes that every situation is different when it comes to single parenting.

She said: “People become single parents for a variety of reasons – but guess no one really sets out for that life but it’s not a bad life like the media/ society likes to paint.”

“The only advice I can really give is that everyone will find their own path, keep going, it can be a rough ride going solo, but also so rewarding.

“There’s always going to be tears, tantrums (from both mother and child that is) but single parents are made of strong stuff.”

Single parents can combat their loneliness in different ways. For example, some community centres set up parent and baby classes so single parents can meet similar people in their situation.In the local area, Gingerbread have a volunteer lead group in Stockton which aims to bring single parents together and talk about their experiences.

Personally to her, Danielle has been able to combat her feelings of loneliness through leading a very busy life.

She said: “I have amazing friends, I am a full time student, two months pregnant,  a mobile hairdresser, and have a nearly four year old – so there’s not much time to be lonely!”

Whatever the circumstance, loneliness is an issue among parents of all backgrounds and does not discriminate anyone.

29 April 2019 Comments Off on DISABILITY: CAR BENEFITS, SLOWING DOWN?
Skip to content