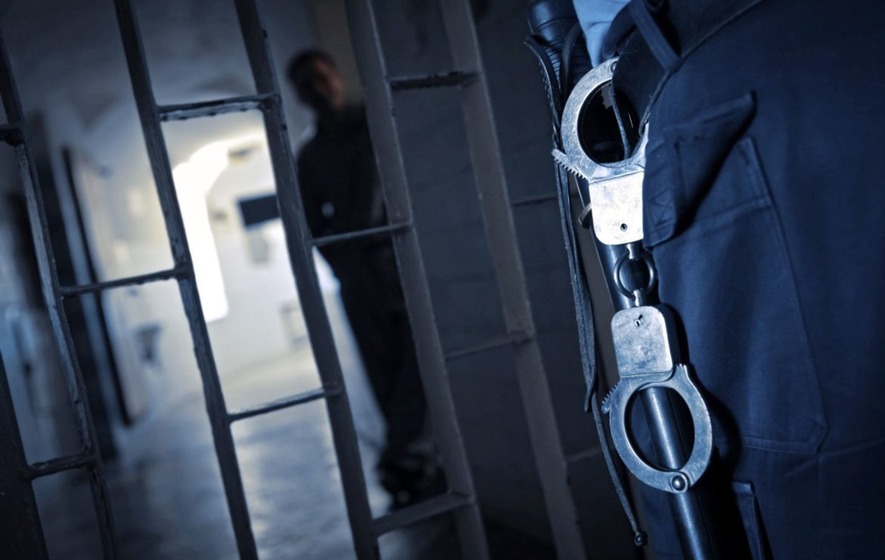 Within the North East, it has been found that 67% of inmates will reoffend within a year of being released from prison and this is increasing each year.

But why is this happening?

Research has shown that in the UK 48% of prisoners will reoffend within a year of being released, compared to a higher rate of 67% specifically in the North East.

The research was gathered by conducting a FOI request with HMPPS; it was found that one in three of inmates where serving sentences for theft, burglary or robbery as well as just over one in six reoffenders where serving a sentence for a violent offence.

For the 67% of reoffenders, research has shown that there are many underlying factors for them to reoffend time and time again. Some of these reasons include childhood trauma, schooling issues, family issues (prior to offending), drug use, mental health issues, accommodation, and employment.

“In research we have found that the top three factors for reoffending include drug use, childhood traumas and accommodation issues.

“They sometimes cannot recover psychologically from certain negative events that they have experienced in their lives and this can therefore lead to confusion in later life.

“Due to this, it leaves them confused as to where they want to be and what they want to do with their lives, therefore they resort to committing crime as they feel that they have no other option.

“This shows especially with someone who has experienced childhood trauma, if they have had a parent who has been in jail in their early life, they psychologically think that this is a normal way of life.”

Within the North East there are roughly 1,060 registered homeless and within this 1,060, 16% of the homeless have recently left prison without a home or are registered in temporary accommodation.

On a national level, the HMPPS said that ‘66% of inmates who leave prison homeless will reoffend within a year of being released’.

A spokesman from HMPPS said: “We see a rise in reoffending rates around Christmas time and in the winter months.”

“People do it so that they are not left on the street in the cold weather.

“In prison they get a bed, a hot shower and are fed three times a day – with even the opportunity to work and earn money.

Prison is a luxury for some, where for others it is their idea of hell on earth.”

“When you look at the crimes the reoffenders commit who are homeless, they are often petty crimes such as theft, robbery and things like that.

“They know that they will get a few months for it inside and this is why they commit them, so they are in during the winter and are out by the summer.”

Before inmates do leave prison, they are aided by different teams and organisations that help ease them back into normality of the outside world and attempt to give them hope to not reoffend again.

In North East prisons, teams such as DART (Drug, Alcoholic Rehabilitation Team), Through the Gate and Nepacs help ease inmates back to a life of normality and help them to help themselves in the outside world.

Through the Gate allows prisoners to find some sort of accommodation once they have left prison, whether this be with friends and family or help them find temporary accommodation in hostels until they are on their feet again.

Similarly, Nepacs helps inmates to keep ties with their family whilst in prison.

This helps them to keep close connections to those who matter most to them so that upon release they do not feel alone and know that they have family and friends that are there for them.

By providing these services to inmates, teams within HMPPS hope that by helping them and giving them the support that they need it means that they will not be returning to prison in the future.

However, this is not always the case. 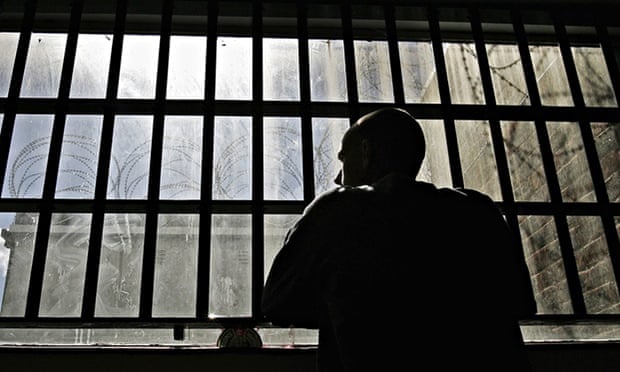 Former prisoner Bradley Jones has been in and out of prison four times in his life.

He said: “I have been in and out of prison and have done my time.”

“I remember the first time that I went in, I was only 17 and I attempted to rob the local corner shop. I was addicted to drugs and I was desperate for drug money.

“Obviously, that was only the one time, but my other sentences have been for petty crimes really.

“When I was young and in school, I have a lot of issues at home. My own Dad had been in and out of prison and I remember growing up not really knowing him.

“I also got into the wrong crowd of friends, looking back now, I used to think it was great what I was doing back in the day. But now, I would tell myself and even my own kids to give their head a good wobble.

“I was homeless by the time I was 20, and that’s when my behaviour got bad again. Petty crimes like stealing things from shops to keep me going started, but I had no other choice but to do it.

“In prison, I did receive help from both DART and Through the Gate. They both really helped me to get back on my feet and start my life back up again.

“I now have a wife and two beautiful children. I have a job, house and car and could not be more grateful for what I have. Those days are behind me and I want to bring my own children up knowing that the way of life I lived is not an option, and there is always help if you ask for it.”

Speaking to Bradley it shows that there is support in prisons that can help those who need and want the help the most.

With the help and support of these teams within prisons, why is it that reoffending rates are still on the rise in the North East? This is something we must question.

Maybe Evangeline Fisher is right, some people may never recover from past events in their life which allows them to psychologically believe that crime is the only option in their lives. Or maybe it is that the teams within prisons need to work harder on keeping those out of prison and help to rehabilitate them into society better. Or is it the fault of the Probation Service, for not offering enough support and discipline post release?

There are many questions that could be asked, and many that could not be answered.

With 67% of reoffenders within the North East, which is increasing year by year, it might be worth remembering that we cannot always help those who do not want to help themselves. Or that maybe HMPPS need to implement some stricter, and more helpful ways of rehabilitating inmates into society before they release them back to the harsh realities of life. 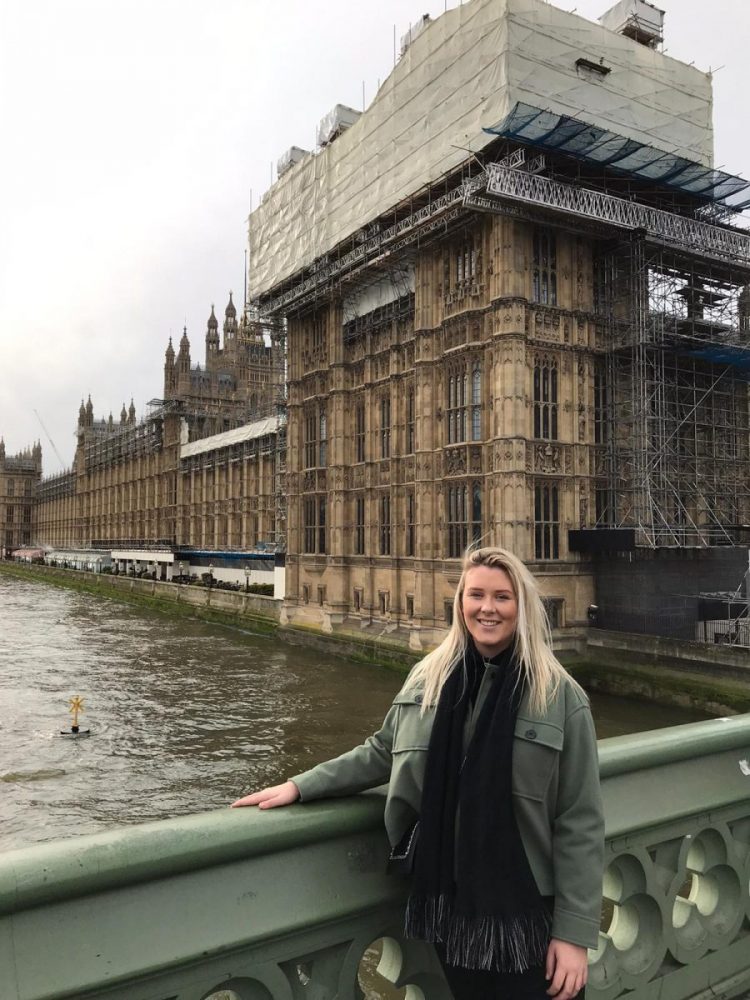 Hi! My name is Hannah Conway and I am a Multimedia Journalist in the final year of my degree at Teesside University.

Since I was a child I’ve always loved the news and being informed. Like others, I would religiously sit down and watch any news, listen to any radio and read any paper I could from the age of about 12. It was a no brainer for me to come into this career and to do a  job that I enjoy. I’m a proud Teessider, so being able to report on and work local issues and national issues is a big interest of mine. In my first year of my studies, I won the award for ‘Community Reporter of the Year’, which allowed my proud Teessider status to show. Every day that I get to work in this industry is a pleasure, and I’m excited for whatever the future holds following my graduation from University.

I am skilled using Adobe software, Open Media, Scheduler, Dira applications and iMovie, which I have practised and learnt through my studies.  I can also use professional cameras, as well as video cameras such as the AC-90.

I currently work at the Stockton and Billingham Life Newspaper, where each week I write up a match report on Middlesbrough FC and this is published weekly on a Thursday in various locations around the Teesside Area.

I have also carried out work for The Sunderland Echo, and did a two week work placement at BBC Tees.

Despite studying a Journalism course, I often delve into the wider social science world too. I have created pieces of work varying from politics to mental health. I have a keen eye for art, and also love music. Visiting different places in the world and photography are also huge passions of mine.

A WAY OUT THIS CHRISTMAS

21 November 2018 Comments Off on A WAY OUT THIS CHRISTMAS