Tremor with a magnitude of 3.0 in Stockton is felt across large parts of the North-East this morning 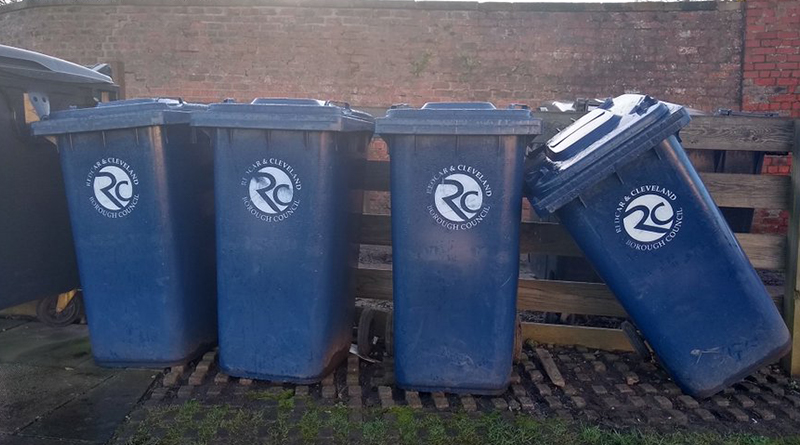 Did the earth move for you?

That was the strange sensation felt by many Teessiders this morning, as reports of a localised earthquake were confirmed this morning.

Early reports of the ground shaking event were relayed by BBC Tees Breakfast host Neil Green on twitter, who enquired “anybody else feel the Earth Move [sic] this morning ?” adding “we were sat in the BBC Studio just before 6am and there was an [sic] sway of the building.

Anybody else feel the Earth Move this morning ? Let us know. We were sat in the BBC Studio just before 6am and there was an sway of the building

The tweet drew a number of responses from fellow Teessiders as the #earthquake quickly began trending across social media.

Oh my days I didn’t know what was going on ? My whole room just shook

Yes! I’m in Nunthorpe and felt it. Glad it wasn’t just me ?

I'm in Billingham went running upstairs I thought my son had fell out of bed or a bookcase had fell over!!

Recorded as happening at a second before 5:57am, official verification confirmed the earthquake’s epicentre to be in Stockton-on-Tees, (54.752ºN, 1.315ºW) at a depth of 10.0 km and representing a magnitude of 3.0ML.

That measure marks a later revision on the initially reported magnitude of 2.8ML, but is still considered a minor seismic event.

If you felt this mornings earthquake in Stockton-on-Tees it would really help us if you could fill out our felt report questionnaire. It gives our scientists really useful information. ?https://t.co/xFEbCu88jw

But that fact hasn’t prevented locals from enjoying the novelty of this mornings dramatic events, as the stream of meme’s featuring fallen garden furniture, bins and coffee mugs go to prove.

I guess we should just be thankful no Sports Direct mugs were tipped over during this morning’s ‘Teesside Tremor’.

Earthquakes in the UK

The BGS website confirms that these minor level earthquakes are a more common occurrence on these shores than many would suspect.

‘Stockton’s Seismic Shaker’ represents the ninth reported instance of localised tremors within the UK since the turn of the year, with BGS suggesting that “between 200 and 300 earthquakes are detected and located in the UK” annually.

The BGS go on to state that although the UK is “distant from the nearest plate boundary, the Mid-Atlantic Ridge, earthquakes occur as crustal stresses within the tectonic plates are relieved by movement occurring on pre-existing fault planes.”

However, the majority of earthquakes that occur in the UK are at the lower end of the scale, with around 140 a year recorded at a magnitude of 2.0ML or lower.

Today’s 3.0ML quake does mark a much rarer occurrence, with BGS estimating that these occur around three time a year across the UK.

However, the scale pales in significance when compared to largest ever recorded earthquake to occur in Britain.

Dating back to the 1931, ‘The North Sea earthquake’ which occurred some 120km off the Yorkshire coast was measured at 6.1ML.

That tremor was said to have been felt across large parts of Northern Europe and drew reports of collapsed chimneys in Hull, Beverley and Bridlington and the twisting of a church spire in the coastal town of Filey.

How the size of an earthquake is measured

Explaining how the size of an earthquake is measured the BGS website confirms; “it is a measure… from the logarithm of the maximum displacement or amplitude of the earthquake signal as seen on the seismogram, with a correction for the distance between the focus and the seismometer.”

It goes on to explain; “The Richter local magnitude (ML) is defined to be used for ‘local’ earthquakes up to 600 km away, and is the magnitude scale used by BGS when locating UK earthquakes.”

However, this system based on the work of Charles F. Richter is no longer universally used by seismologists as the USGS explains;

“The Richter scale is an outdated method for measuring magnitude that is no longer used by the USGS for large, teleseismic earthquakes.

“The Richter scale measures the largest wiggle (amplitude) on the recording, but other magnitude scales measure different parts of the earthquake.

“The USGS currently reports earthquake magnitudes using the Moment Magnitude scale, though many other magnitudes are calculated for research and comparison purposes.”

This may point to why there was early confusion over the exact size of this mornings earthquake.

Nevertheless, the energy equivalent of today’s seismic activity on Teesside was similar to the release of 1,800 kilograms of explosive, or just short of a large lightening bolt. 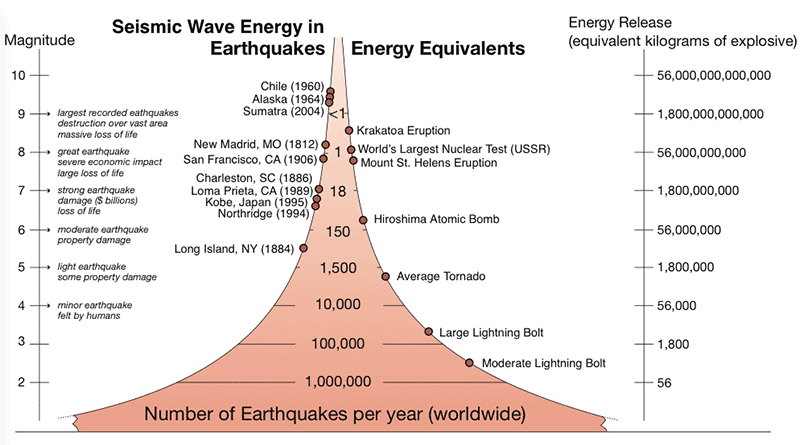 Did you witnessed the Teesside Tremor? We want to hear of your take on today’s seismic events, so get in touch @TU_Xtra using the #TeessideEarthquake

How has Covid-19 affected Middlesbrough’s Environment?

15 January 2021 Comments Off on How has Covid-19 affected Middlesbrough’s Environment?