For my first task I wanted to create a narrative with my photographs, I have chosen to base my photos around the theme of cinema and the affect that lock-down has placed on it. Below I have three photos and a description of the mood and aesthetic that I tried to accomplish with them. I hope you enjoy them and appreciate the theme I aimed to portray. 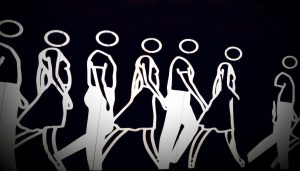 In my first photograph which is an abstract image, I wanted to represent a queue which would have usually formed outside a cinema. This shows fans eagerly awaiting entry to see the latest blockbuster, or as they would have looked if it weren’t for lock-down. This is my vision of a busy exterior to the building, in contrast to how empty and abandoned the building looks due the pandemic.

I have tried to stylize that photos in a way that shows uniformity. Everyone in the local community, no matter what their differences can all share in the experience of watching the latest films on the big screen. 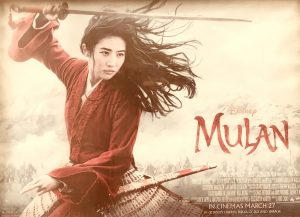 In my second photo which is landscape, I show the viewer a poster for a film that should have been released. This did not happen due to the circumstances that we are all dealing with. I highlighted the release date to draw specific attention to it. This is because the film was eagerly anticipated by many but is yet to make it to the silver screen.

I have also faded the colour from the image to give it an aged and abandoned effect. This poster has remained untouched for sometime and is a monument to the old luxuries we have all had to abandon temporarily. 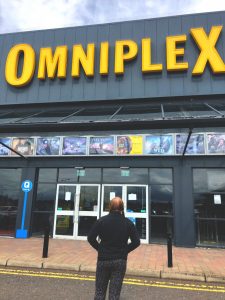 My final photo is a portrait image, the subject in the photo is admiring the many movie posters on view. She is aware that the films are not currently available and her shoulders have visibly dropped in disappointment. I wanted to show the collective response to the delayed release of these films. To convey this, I increased the saturation of the cinema in the image. This shows to the viewer that cinemas are something of a fond memory that we collectively can’t wait to return. A dream, will soon become reality again.

For my second task which was an audio piece, I decided to discuss the effects that Covid-19 has had on how we watch movies. The way we we watch movies has changed drastically since the lockdown began, with streaming services capitalizing on the fact that we are all stuck inside. I wanted to get another perspective  on this and therefore included an interview.

I believe that I have presented my work well, discussing the impact on film in these uncertain times. I think that the lockdown could have permanent affects on the world in many aspects of business and industry, especially the film industry.

I am an aspiring sports journalist who is hoping to develop a career in commentary and reporting. My biggest passion is football, and I hope to work in the media sector of the football world.