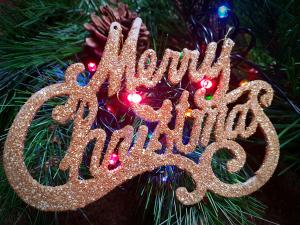 It’s that time of year again.

In the run-up to Christmas, the debate of ‘How early is too early to put up decorations?’ begins.

Should it be late October or early November? Or should we wait until at least December?

As part of Roman Catholic tradition, it wasn’t until the afternoon of Christmas Eve that the tree was put up.

Nowadays so much time and effort goes into decorating that people like to make the most of it as soon as possible.

A quick walk around Middlesbrough Town Centre and you can find almost everywhere covered in fashionable festive decorations.

Indeed the town tree was put up in early November.

So, why do we want to get in the Christmas spirit so soon?

Experts reveal that generally people who put up their decorations earlier are happier (good news for those of you trying to convince your family and flat mates to put up the decorations.)

Steve McKeown, Psychoanalyst, founder of MindFixers and owner of The McKeown Clinic, said: “In a world full of stress and anxiety people like to associate to things that make them happy and Christmas decorations evoke those strong feelings of the childhood.”

Amy Morin, Psychotherapist and best-selling author of 13 Things Mentally Strong People Don’t Do, told UNILAD: “Maybe looking at a Christmas tree reminds someone of what life was like when they still believed in Santa.”

“For people who have lost a loved one, the holidays may serve as a reminder of happy times they had with that person in the past. Decorating early may help them feel more connected with that individual.”

But what do you think?

When are you putting your Christmas tree up?

CHARITY SHOPS COMBAT THE DECLINE OF THE MODERN HIGH STREET

BE NICE FOR STOMACH! BE RESPONSIBLE FOR WALLET!

28 November 2018 Comments Off on BE NICE FOR STOMACH! BE RESPONSIBLE FOR WALLET!
Skip to content