Esports has continued to grow globally and while many countries have taken to the industry quickly and accelerated its growth, the UK seems to remain hesitant to invest in the growing industry. With revenue from digital games sales in the UK hitting almost £3.8bn last year, surely it’s time to capitalise on the emergence of esports.

While there are several esports organisations based in the UK like veterans, Fnatic, or the emerging GUILD esports, and while they’ve nurtured a few British players to the global stage, their focus remains on the competition rather than driving change at home.

The British Esports Association is doing exactly that, the organisation has seen success running its Student Champs tournament aimed at school and college-age students. The championship sees students up and down the country represent their schools and colleges in a national competition.

BEA also run their Women in Esports campaign which helps encourage women to get involved in the industry and are partnered with competition provider Faceit and Dota Valkyries.

The BEA focuses on grassroots esports in the UK and provides opportunities for young people in and out of the game. They work with industry experts to provide advice and guidance on how to hone their skills like casting, marketing and journalism to name a few.

Last week the BEA announced a multimillion-pound commitment to the city of Sunderland in the form of an esports performance and education centre. 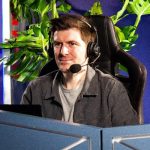 Harry Thomas, a freelance caster and analyst, said: “The UK is one of the largest gaming markets in the world. The campus will help to inspire and realise the full potential of both players and coaches alike. I look forward to seeing these top competitors emerge in the esports space.”

The plans were announced after the non-profit acquired a former retail property next to the Stadium of Light in Sunderland. The new campus will open in summer 2022 ready to support new esports talent.

In their press release, Chester King, chief executive officer at BEA, said: “The UK is Europe’s second-biggest video game market and ranked 6th globally – this speaks to the potential of esports which will capitalise on gaming’s popularity, with talented competitors emerging and a growing audience keen to spectate and enjoy esports as a leisure activity. This is a market that we know will explode in the UK and we want to support its growth.”

Sunderland won't be the same again when the National Esports Performance Campus is open 😍 pic.twitter.com/U3JebdgmB2

The announcement comes 3 months after the Duke of Edinburgh award announced the addition of esports to DofE programmes.

A survey by Newzoo showed that Gen Z (10-24) consumers spent 25% of their leisure time gaming. And with 8 out of 10 Gen Z samples playing games, that’s a hefty amount of hours spent gaming.

Encouraging young players to enter the esports arena could help to keep their brains active, the DofE conducted a study that showed that esports improved players skills like communication, problem-solving and leadership, among others.

Young people can take part in DofE esports programmes but they must be provided by schools and colleges. With the hardware required, it raises the question of how many institutions can actually run the esports programmes. Will support or investment be made to ensure that lower-income areas aren’t left out?

In a press release, the DofE’s CEO, Ruth Marvel said: “Esports is one of the fastest-growing activities in the UK and helps young people develop essential skills. The DofE award has a proud history of evolving our programmes to reflect the changing interests and needs of young people, so I’m delighted that, following a successful pilot, we’ve added esports to the DofE Skills list.

While a passion for games and competitive drive will be important for people wanting to get involved in esports, players aren’t the only thing the industry will need to grow.

Esports viewership hit 474 million in 2021, an 8.7% increase from 2020. As esports grows as a spectator sport there’ll be a need for talented new production and broadcast staff, marketers, casters and analysts.

At the university level, the National Student Esports and National University Esports Leagues offer broadcasting opportunities for prospective new talent to be fostered in a professional environment. It’s opportunities like this that not only give valuable experience but teach transferable skills.

Hitmarker, based out of Newcastle upon Tyne is the largest gaming and esports jobs platform in the world. They offer career advice and seminars catered specifically to finding jobs within the esports industry.

I spoke to Hitmarker’s Social and Community Manager, Thomas Jeffrey, he said: “I feel one of the biggest hindrances to growth in the esports scene starts at the grassroots and with the youngest players/fans.

“I feel there are still a lot of parents out there who ‘don’t get esports’, and seeing it recognized by DofE will help improve that. This will help parents and families recognize the validity of esports as being just as worthwhile as traditional sports, and also a valid career choice.

“The route to esports for so many young people, players especially, is a journey that happens in their bedrooms, playing with their friends, with very little input or support from family.

I think if families work together to support young esports athletes, in the same way, they might take their kids to swim meets, or football matches on the weekends, etc, then we will end up with more mature athletes in the scene.

“This holds true for the kids who want to stream, or move into production roles in the industry as well.”

While the MCFC’s partnership is centred around the FIFA video games, FC Schalke 04 has been trendsetting in the space since 2016, with a team participating in the LEC, Europe’s top League of Legends league.

IS ESPORTS A REAL SPORT?