As the coronavirus continues to plunge the world into uncertainty, the enduring power of global religions continues to highlight its prominence as google searches for “Prayer” rose by 50%. 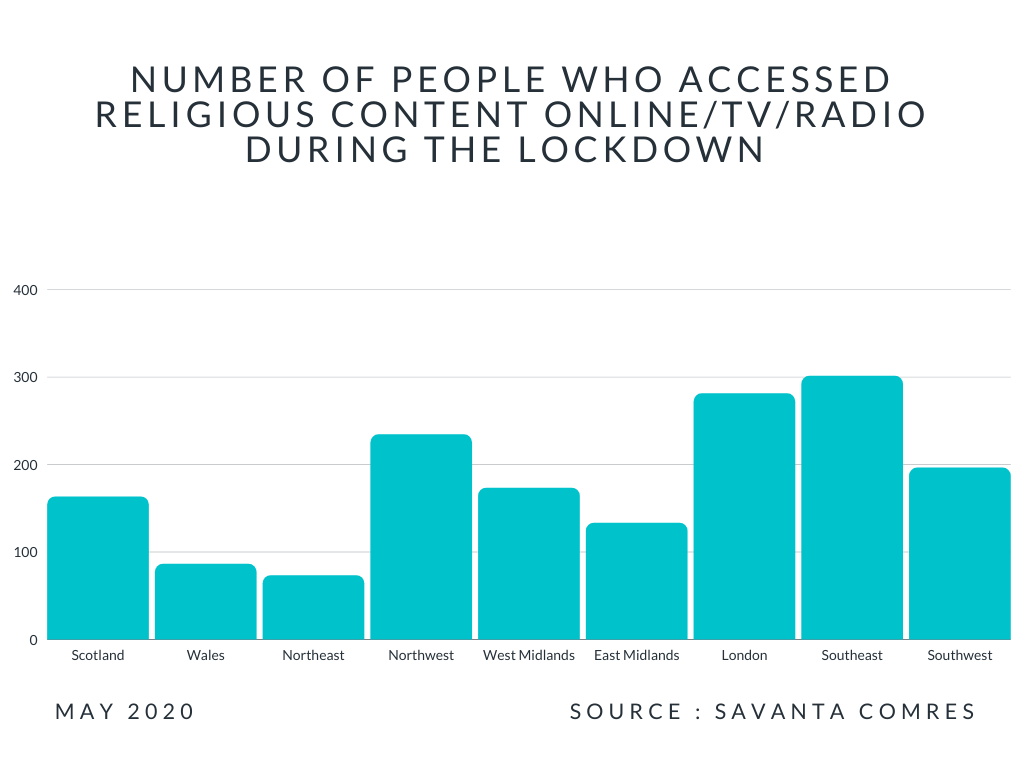 The sudden change in the way we live due to the pandemic has been hard for a lot of people especially in Middlesbrough.

And many have turned to religion to help them through.

TuXtra Reporter, Archana Chathangoth, talked to Middlesbrough residents to explore how faith has helped them during this anxious time.

For some people, like Stephen Corner, this drastic change in the way of life, has been especially hard and faith has made a big difference.

He said: “I found  the lockdown hard living alone and isolating when I’m so used to being a part of various communities.”

A change in routine

Stephen is a Youth worker at BIG kids, a children’s charity centred around Christianity and the sudden lockdown took a toll on him.

He said: “The virus and subsequent lockdown impacted my way of living”.

“Having more time to be by myself changed my times of prayer. I would daily go for walks, and chat with God as I walked.

“Rather than what easily becomes a quick list of demands or worries each day, became almost like sharing a story with someone that took daily sleep breaks before carrying on a conversation together.”

Under the new guidelines issued by the government, places of worship are now open for individual prayers.

Stephen said: “I decided not to ‘return to church’, but instead carried on with ‘virtual church’, this new way of connection has helped me establish a fresh foundation to my faith.”

“One that is less about routine, regularity and order; to a faith that resolves to connect with others naturally, and one that desires quiet, reflection, solitude and being out in creation more.”

A change in Worship

With the alternative ways of worshiping, faith traditions become flexible.

The church of England, set up a free phone line offering hymns, prayers, and reflections 24 hours away and received, more than 6000 calls in the first 48 hours.

21-year-old student Alina Kallarckal told TuXtra that her prayer routine during the pandemic was much more relaxed.

“I was able to remember God in whatever I was doing and give thanks rather than weekly masses and set prayer times.”

Unlike Stephen, once the restrictions were relaxed Alina went to socially distanced masses.

She said: “It was like any other mass except no hymns, socially distanced, and with masks. Because there were no hymns, the sermons were longer, and this allowed more depth and meaning to be conveyed.”

Rony, a master’s student and President of the Christian Union at Teesside University, says his faith gave him assurance and strength during the lockdown.

He said: “I think in some ways as human beings we crave a stronghold to rely on, that can be our friends, family, or faith. I think during this time, more people wanted to discover something beyond them that they can rely on.”

All the uncertainties and speculations surrounded around covid may fuel one’s anxiety. While it is important to stay informed it is also important to get support and manage our wellbeing.

Rony said: “Having faith helped me to know I have someone there to take care of me, whom I can rely upon.”

The 24-year-old said: “I was tense about my exams, my internship, and my future.”

It was his faith that helped him cope.

He said: “Whenever I was lonely, I prayed, It felt like having a 101 conversation with god, It helped me to get back on my foot, complete my internship and stay connected with my family back in India.”

A change in perspective

Unlike others, 26-year-old  Shafhan wasn’t very religious before the crisis. But when things started getting intense, he started exploring Islam further.

He said: “Praying gave me hope at the most difficult of times and allowed me to have a lot of realisation about the idea of forgiveness and relaxation within Islam.”

” I have been brought in a very religious household therefore spending more time at home allowed me to spend more time to reflect and learn more about my religion.”

Eid ul Adha, an annual religious festival observed by Muslims was expected to be celebrated in early August, however with the restrictions in place, the spirit of eid wasn’t the same this year for many.

he said: “Eid was pretty strange this year. The usual celebration consists of friends gathering in households, sharing lots of food, and socialising. As you can imagine, none of that occurred this time. However, the celebration of Eid was very much alive as we communicated through texting, but it was still not the same.”

FEMALE SPORTS PARTICIPATION LEVELS ON THE RISE IN THE UK, WITH HELP FROM #THISGIRLCAN

29 November 2018 Comments Off on FEMALE SPORTS PARTICIPATION LEVELS ON THE RISE IN THE UK, WITH HELP FROM #THISGIRLCAN
Skip to content