Millions of students have missed out on face-to-face learning for months due to lockdown, but what does this mean for students vital education?

In March 2020, the UK was placed into lockdown for the first time. The whole economy and our ‘normal’ life was placed on pause for what we thought would be for a three week period.

But here we are, nearly a year later and still living under these tough restrictions. But how has this affected the education of the vast majority of students and what are the repercussions?

Every student in each educational stage has been affected by this pandemic with studies showing pupils are three months behind on their studies. 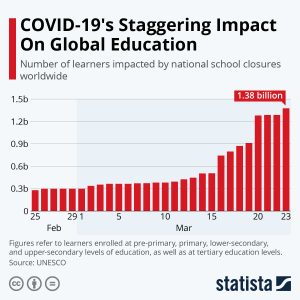 The Educational Research Organisation has found that boys and poorer students have been hit the worst by this disruption to their education.

Their studies also show that the learning gap between rich and poor pupils has grown 50% between the months of March and July.

The researchers also predict that a quick catch-up is unlikely.

When studies moved online in December 2020, a new problem arose which is being labelled as ‘digital poverty’ by Rae Tooth, chief of the Villiers Park Education Trust, where poorer students who don’t have access to a device cannot complete their education online.

Ofcom has estimated that 9% of children in the UK do not have access to a PC, laptop or tablet at home.

Ms Tooth said: “I see high levels of disengagement with those young people; not because they wouldn’t engage given the opportunity, but because they can’t engage.”

“If nothing is done we are going to lose a whole generation of young people, because they have not been able to learn.”

During lockdown, 52% of students said their learning was impacted by slow or unreliable internet connection, with 8% ‘severely’ affected. According to the poll of 1,416 students, run for the Office of Students by Natives.

The University College London’s Institute of Education also conducted a recent study which found that over 25% of pupils were doing no school work at home and that the vast majority of all school children were doing only one hour per day.

Despite the best efforts of schools, they were unprepared to deliver teaching online and their ability to organise digital education programmes was severely affected by their lack of experience.

Not only was there pressure on schools and teachers, but also on parents – some who were still working full-time (either online or on-site). To then be tasked with the responsibility of teaching their children with little to no preparation or experience in topics that them themselves may not be familiar with must have been a very challenging position to be in. 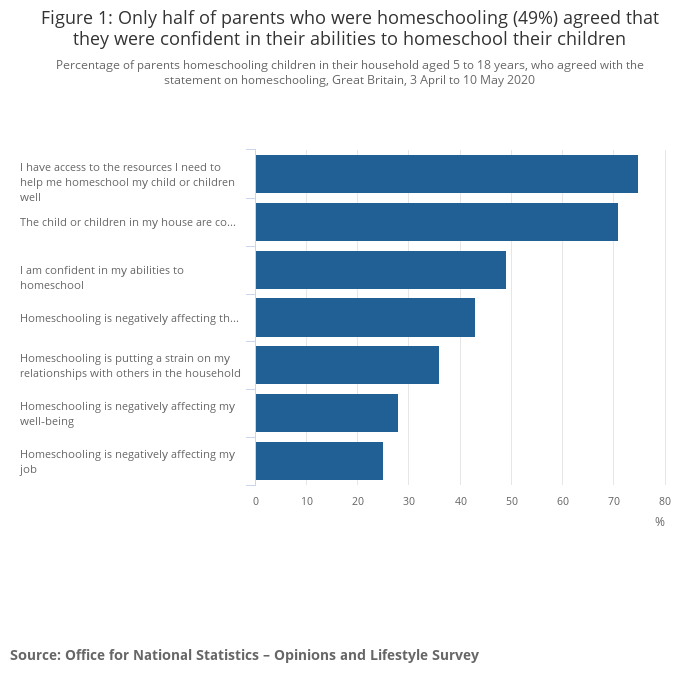 Primary school lays the foundations for a child’s mental development and growth whilst also providing the building blocks for a child’s success in the future. Primary education plays a massive part in the nurture and growth of young children.

This stage of education is essential for personal growth, confidence building, promoting independence and vital for strengthening oral skills. But with learning being virtual now, how will this affect children’s futures?

HM Chief Inspector of Education, Amanda Spielman looked into this matter and found that many children now lack stamina in reading and writing whilst some have lost physical fitness.

Some children are also showing signs of mental distress due to loss of vital primary education.

When schools were able to reopen in Autumn 2020, students were asked to form bubbles with their year groups to avoid contamination with other students if a positive test did occur so only a percentage of students would have to isolate and not them all.

According to Middlesbrough’s Acklam Grange Secondary school, 976 (67%) of their students had to self isolate between September and December 2020, and 212 of these were year 11 students.

Macmillan Academy in Middlesbrough also reported 857 students had to self isolate between the same months with 143 of them being year 11 students.

So even though schools were able to open, students were still missing out on vital learning as the majority of time they were given no work to complete over their isolation period.

It was also announced that GCSE and A level exams would not go ahead this year. Instead the year 11 and 13 students would receive teacher assessed grades.

Prime Minister Boris Johnson acknowledged that it would not be “fair” for exams to go ahead as normal this year.

Following on from this, Education Secretary Gavin Williamson said: “Young people have shown incredible resilience over the last year, continuing with their learning amidst unprecedented challenges while the country battles with this pandemic.”

“Those efforts deserve to be fairly rewarded.

“That’s why we are providing the fairest possible system for those pupils, asking those who know them best – their teachers – to determine their grades, with our sole aim to make sure all young people can progress to the next stage of their education or career.”

Lois Gill, a year 11 student from Freebrough Academy in Brotton, North Yorkshire said: “I have found that I haven’t been engaged at all with virtual learning.”

“There are so many things to distract me at home like my phone, TV, family and pets.

“I much prefer face-to-face learning as I find that I learn a lot more from having the teacher physically there. I take in a lot more information and understand things a lot clearer when I’m in the classroom.”

Lois believes that her level of education has also been impacted by online learning.

She said: “I definitely think my level of education has been affected due to complications such as wifi and technology issues, not being able to access and join some of my lessons, and not being able to send work over to teachers so therefore I hardly receive feedback.

“To add to this, I sometimes struggle to hear what my teachers are saying due to background noise which is extremely frustrating.

“I believe that my grades have been affected by me missing out on so much vital face-to-face and virtual learning.

“I am now worried that the amount of education I have missed out on will affect me when I start college in September as I feel like I don’t know enough.

“Saying that, I am happy to be receiving teacher assessed grades as this means I do not have to stress or worry about revising for my GCSE exams.”

Following on from this, higher education students have also experienced repercussions from the pandemic.

Not only are the majority of their lessons virtual as well, but a lot of placements and vital work experience have been impacted for these students.

Pearl Manning, a current 2nd year Primary Education student at Leeds Beckett University, said: “Last year I only managed to get three weeks of my placement experience within a classroom, instead of the 10 weeks I was suppose to have.

“I was meant to complete a two week placement within a day nursery or two-year-old provision within a school in June 2020. Again, I was unable to complete this placement due to the pandemic.

“This meant that I entered my second year of University with no actual teaching experience.

“In my second year, I have been able to return to placement which I am currently undertaking.

“I, along with most of my cohort, feel extremely unprepared.

“I started my second year placement on March 15th 2021, where my full year one class had a bubble closure as one of the children tested positive.

“Which has meant I have missed out on even more practice this year.”

“When we entered lockdown last year, my university decided that they would not be providing any formal online lessons and opted for weekly drop-in sessions instead.

“This, along with the pressures of lockdown itself, made university a lot harder for me.

“My whole second year at uni has been delivered online. This has been extremely challenging especially in Primary Education as it is very hands on and with learning being virtual, I have missed out on trips, on campus educational visits and some activities in lessons.”

Pearl is now worried about her future in teaching.

She said: “Although I am not worried about my academic future due to loss of education, I am slightly concerned about my future in the classroom.”

“I feel as though having a full year less experience in Uni before taking on a full-time role as a teacher, is going to leave me at a disadvantage.

“However, it is encouraging to see that the Government have increased the newly qualified teacher (NQT) scheme to two years instead of one . This means I will have more support in my first two years of teaching, which makes me feel a lot more confident.”

It will be interesting to see how all this lost education will affect future generations.

BE NICE FOR STOMACH! BE RESPONSIBLE FOR WALLET!

28 November 2018 Comments Off on BE NICE FOR STOMACH! BE RESPONSIBLE FOR WALLET!