In recent years, it’s become increasingly hard to get on the property ladder leaving many people worried about what the future holds.

It’s difficult to afford a mortgage or rent and many are turning to shared accommodation or living in overcrowded homes.

This comes at a time when the National Housing Federation estimates that 8.4 million people in England are living in an unaffordable or unsuitable home.

Frighteningly the report also suggested that an estimated 400,000 people are at risk of homelessness in the U.K.

What is affordable housing? 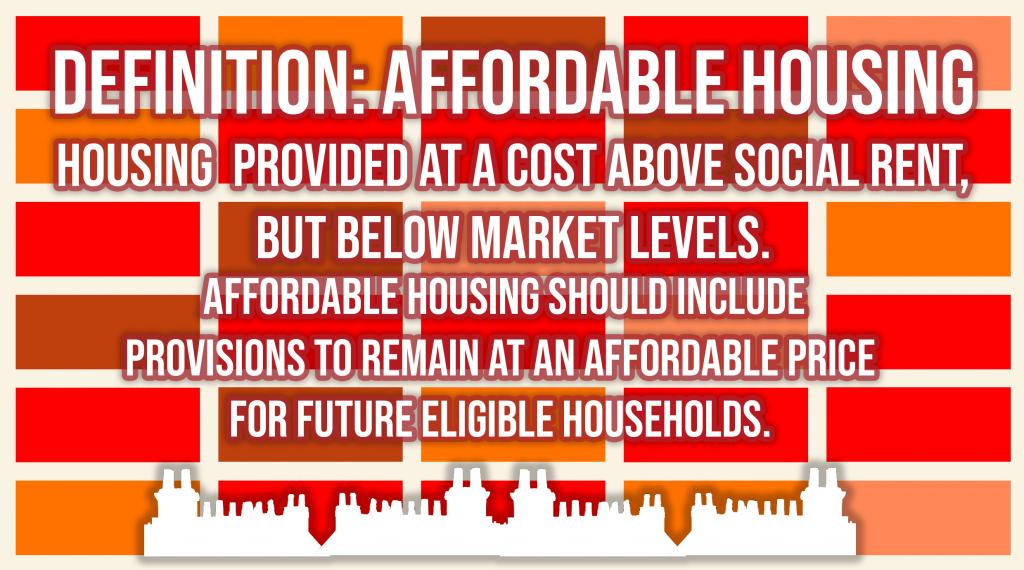 There is real demand for affordable housing as the cost of private sector housing that meets acceptable standards has grown considerably over the years in comparison to a person’s income.

This means many people lack the funds to get on the property ladder and rely on affordable housing to do so.

There was once hope for a new government scheme of starter homes for first time buyers at a reduced cost, however the public spending watchdog, found that necessary legislation to ensure the homes can be bought by young, first time buyers had not been enacted.

Its currently unknown where the scheme is heading in lieu of the current general election.

The National Housing Federations report suggests the country needs 340,000 new homes every year, 145,000 of which need to be social housing, to meet demand.

This effects young people and families on low to middle incomes and has sent house and rent prices soaring.

According to the U.K charity Shelter in 2016-17, publicly-funded affordable housing investment totalled £5.0 billion.

After adjusting for inflation, investment in recent years has been amongst the lowest recorded since 1980-81.

They also found public spending on housing is behind spending on other public services over the past twenty years.

Many feel there is a government focus on housing benefits instead of investment in new social or affordable housing. 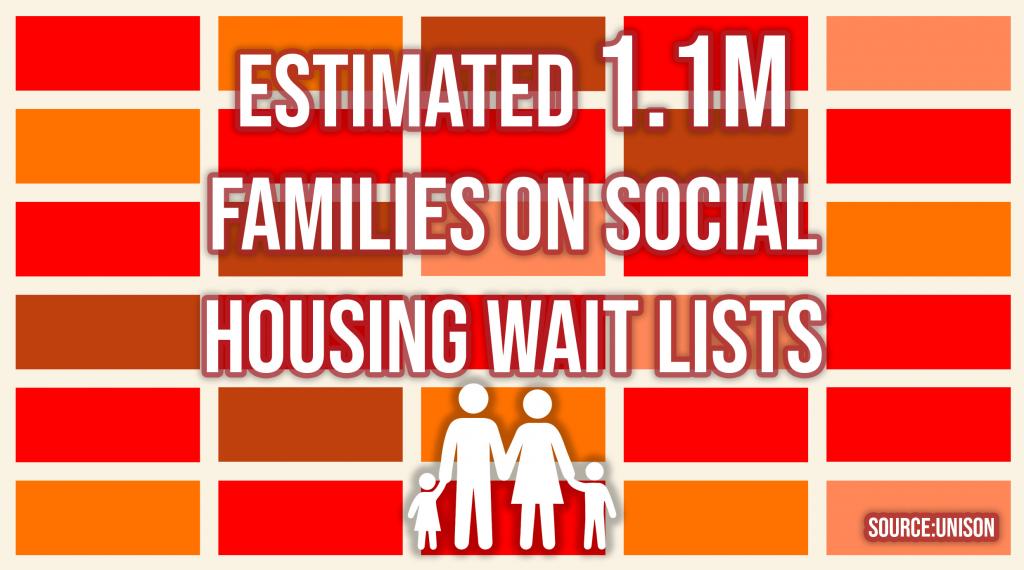 Paul Stringer, Director of Housing Advice said: “The UK is building a considerable amount of affordable housing but it will never be enough to house council or housing association tenants.”

“This is partly due to the way the population is growing year on year.

“Councils throughout the UK do a lot for people who are in need of help to be housed.

“However, the problems Councils face is they don’t spend enough on the property stock which results in Councils and Housing Associations being sued for tenants living in poor conditions.

“The Government has tried to help by putting in place schemes for first time buyers to get on the property ladder by putting down lower deposits which gives them an equity share.

“But we are seeing that more and more young people are relying on parents to help them get onto the property ladder by giving them deposits.

“The best advice I could give first time buyers and young people is to look out for those equity share schemes to help them get a foot in the door.”

So how many are actually being built?

In 1968 around 353,000 homes were being built, however it has been declining substantially since then.

The National Housing Federation found that in2010, only 107,000 homes were completed, the lowest level since World War II.

In recent years there hasn’t been much improvement with the number of homes being completed in 2016, increasing to just 141,000.

Unfortunately, this is leading to high demand for housing which in turn is pushing up house prices and rents.

Young people and the property ladder

The National Housing Federation found in their research that people of all ages were struggling.

The Institute for Fiscal Studies issued a report into the matter in 2018. 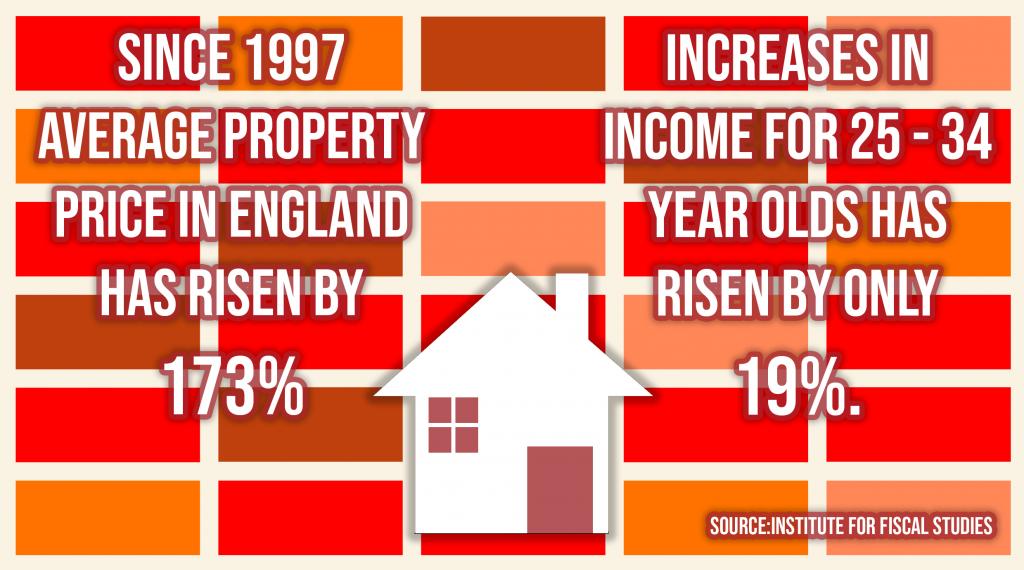 Increases in property prices have made it even harder for young people with many not able to raise enough funds for a deposit.

78% of young adults would need to spend more than six months wages on a 10% deposit which has increased from 33% in the last twenty years.

For perspective in 1996 93% of young adults borrowing 4.5 times your salary would have enabled you to afford the cheapest properties assuming they had enough funds for the 10% deposit.

How the Government is tackling it

In 2010 the government said that there would be no new public money for social rent which saw a dramatic decline in the building of social housing. 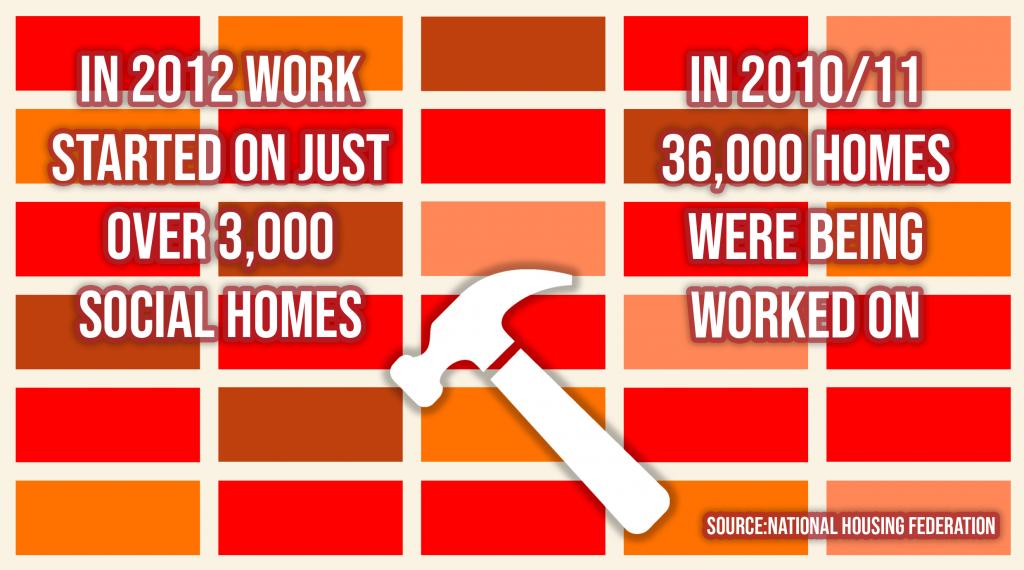 The Government has pledged to build 300,000 homes every year by the mid-2020s, however many argue this has not been kept and many of these homes aren’t affordable.

The number of affordable homes started by central government has dropped in the past 12 months by 4%.

There is also a rating and council tax bill that doubles council tax rates on houses that have been empty for two years or longer.

This is hoped to free up empty houses by encouraging landlords to fill them and also turn houses than are in disrepair into places to live.

There was once a help to buy scheme bolstered by the government for first time buyers however this has disappeared as of November 30.

Matthew Snedker, Darlington Green Party Coordinator told us more in the video below.

How do we solve the issue of affordable housing?

The obvious solution is to build more homes which are affordable, particularly social housing and rent.

Social housing can offer security for the poorest of families but building these homes is only achievable through government funding.

There potentially needs to be a hard look into the government policies to see what improvements can be made.

According to the National Housing Federation more affordable and social housing would be a vital investment for society and the economy.

If more funds were available to housing associations, they could build quality houses that meet the needs of young people and older people alike.

There are arguments that planning restrictions make it harder for developers to build houses in response to demand.

Many think these restrictions should be relaxed to reduce property prices and new housing developments.

David Hand, Head of Planning Policy, Economic Strategy & Environment for Darlington Borough Council spoke about the issues in the podcast below.

Looking to the future

Demand is unlikely to slow down, in fact it will likely continue to increase.

According to the National Housing Federation, the population of England is projected to increase by 17% until 2039 which equates to 9 million more people.

Unfortunately, this will add to shortages of homes, in turn pushing house prices up.

This could see families struggling more than ever to keep up with the costs of mortgages and rent.

The time to act is now – Britain is in a housing crisis, backed up by facts and figures and only with the governments help and key focuses on social housing can we start to meet demand.

VOTE FOR YOUR FAVOURITE ART PIECE!

5 January 2019 Comments Off on VOTE FOR YOUR FAVOURITE ART PIECE!