Based on a true story Lion is a heart-warming and emotional tale of Saroo Bierley who becomes separated from his family when a young child. 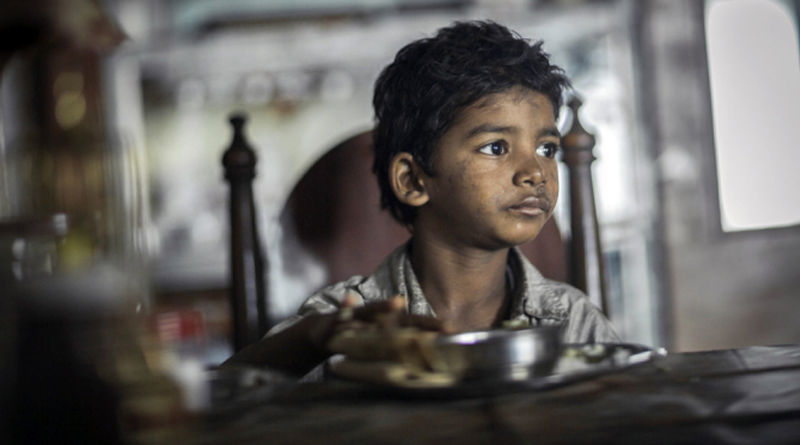 He becomes lost whilst sleeping on a train, transporting him to Calcutta around 1600 miles from his home. He survives on his wit, eventually taken into the rudimentary Indian care system. Although the authorities attempt to find his family, they ultimately fail and he is adopted by an Australian couple and moves to Tasmania.

The early part of the movie is low on dialogue and is better for it, giving a real feel the isolation of Saroo (Sunny Pawar). These feelings really hang in the beautifully shot scenes of India. There is some clever use of cinematography with angles from that of the young boy’s eye line in busy stations and subways, giving a real feel of jeopardy and the feeling of being lost but other scenes also giving the surroundings an awe of magic about them.

The use of sound, especially hyper-realistic natural sound, is used well to highlight dramatic points along the way. The sounds of the railway, the rhythmic sounds clitter clatter and the horn of the train building as Saroo became more lost. This added to the cinematography makes the first half of the film visceral and immersive.

Once Saroo has been adopted we are catapulted forward in time where the older incarnation is played by Dev Patel (Slumdog Millionaire, The Second Best Exotic Marigold Hotel) and the film changes in feeling. We find a character struggling with his own identity and a challenging brother, Mantosh, who suffers from his own mental health issues.

Lion slows during the second half as Saroo wrestles with the challenge of not knowing where he is from and he begins his search for his home. We see his relationships with his girlfriend Lucy and his adoptive parents John (David Wenham) and Sue (Nicole Kidman) grow strained and near breaking point, but his urge to find his origins continue to grow.

There are some clunky points during the second half of the film with a slight overuse of flashbacks. It felt a little unnecessary in places, exemplified by the scene where, when at a friend’s house they have made Jalebies. It felt a little crude to flashback to a scene of Saroo and his brother Guddu (Abhishek Bharate) that we had seen earlier in the film.

At the point of feeling beaten Saroo makes a discovery, in his search utilising Google Earth, he stumbles across an area that seems familiar… his home. The film here picks up the pace again as we follow Saroo back to India, to his hometown and the arms of his mother and sister.

Sunny Pawar steels the film in his acting debut, he delivers a stunning performance to make you fall completely in love with the character, by the midway point when Patel takes over you care deeply about where the story takes him.

A very powerful and emotional film that doesn’t fail to deliver, it has exceptional performances from both Patel and Kidman, it is beautifully shot and the final scenes of actuality add real-life emotion to the dramatic re-enactments that appear before them.

Drive-in Cinema takes it up a Gear for Halloween scares.

15 October 2021 Comments Off on Drive-in Cinema takes it up a Gear for Halloween scares.