In the UK approximately 9 million people suffer from the mental health issue of loneliness.

To put that into context, that figure is more than the population of London.

But no one’s loneliness is the same.

The official definition for loneliness is:

“Sadness because one has no friends or company.”

But in reality, it’s much more serious than that. 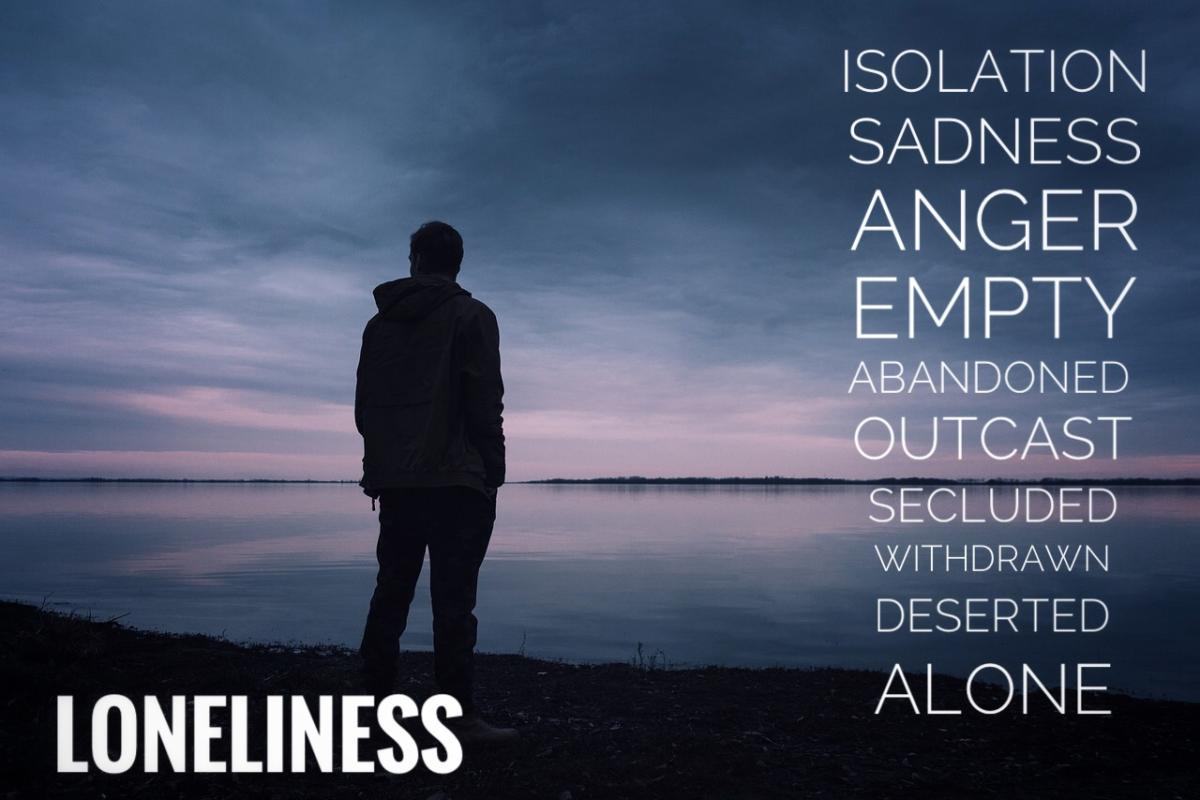 If a person is suffering from loneliness, they may feel lots of different emotions.

Sadness is a clear issue. Not having anyone around means that you have to focus on yourself a lot of the time, and you aren’t always going to be happy.

Anger is also a known symptom. People become angry because they either don’t understand why they feel so lonely, or are trying to avoid feeling it and simply can’t.

Feeling trapped is another sign. This means that a person is inside their own thoughts, not caring about what’s happening around them.

But the symptoms aren’t just emotional; there are physical ones too:

Lack of Romance – Decreased interest in sex, romance, and love.

Memory Loss – Depression is linked to loneliness and can lead to forgetfulness.

Digestive Issues – The stomach might get cramp and you could have some gastrointestinal distress.

Appetite changes – You could experience a loss or reduction in appetite and a lack of taste for food.

Weaker Immune System – Can cause chronic inflammation, and levels of norepinephrine in the body to rise, which can shut down immune functions like viral defence.

Sleep Troubles – Loneliness can cause either a lack of sleep, or too much sleep.

What Loneliness Can Lead to…

In 2017 there were 6,213 suicides in the UK and Republic of Ireland according to Samaritans.org

Loneliness is heavily linked to depression, and depression can lead to suicidal thoughts.

Who Suffers From It?

Men and women, girls and boys, even pets.

People often associate loneliness with people who are always by themselves, but internal loneliness is a thing too.

You could be surrounded by people, but mentally you feel alone.

What We’re Trying to do…

Our aim is to try and make people realise that they aren’t alone, despite if they feel it.

Check out our articles on the Vulnerable, the elderly, younger people, single parents, and what you can do to stop this illness from taking over your life.

If you need immediate emergency help, do not hesitate to call the NHS on: 111

CAN THE UK GOVERNMENT SOLVE THE OBESITY CRISIS?

7 February 2019 Comments Off on CAN THE UK GOVERNMENT SOLVE THE OBESITY CRISIS?

3 May 2019 Comments Off on LONELINESS: FIGHTING THE FEELINGS
Skip to content