A highly detailed environment presented in real-time within Unreal engine 4 inspired by Monster Hunter: Worlds and Icebornes various player rooms. The aim of the project was to create a new player room within a setting not currently present in Monster Hunter: World, that still felt appropriate for the game. Pulling inspiration from a variety of sources the final piece features a mixture of exterior and interior elements with great care taken to maintain the artistic style of Monster Hunter: World. Targeted at real-time applications, consideration was given to poly-count and texture budget within the environment based on research of modern titles. Said environment was created using a high-to-low workflow with high detail sculpts created within Zbrush then retopolgized and UV unwrapped within Autodesk Maya. The textures were created for a PBR format using the Substance and Adobe suits, to keep texture use down I aimed to use tileable materials and trim sheets wherever possible. 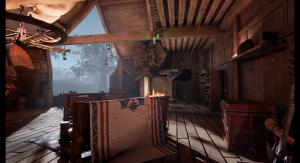 The project was initially conceived as a number of loose sketches in a software called Mischief. I used this to quickly develop a range of ideas inside on layouts, settings and general design for the environment. From there I could iterate on progressively more refined drawings until I was settled on a design I was happy to take through into blocking out in 3D within Unreal Engine 4. 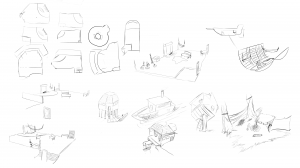 For this project, I utilised a standard high-to-low pipeline for the production of its assets. High poly meshes were initially sculpted in Zbrush with retopology and UV unwraps handled within Maya, assets were then textured using primarily the Substance suit. While most assets were created from scratch in Zbrush some assets were generated with photogrammetry first they were then brought into Zbrush to fix any artefacts and tailor the assets to whatever its application was. 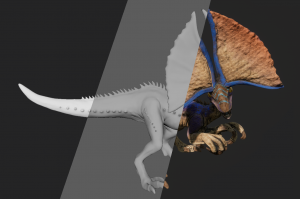 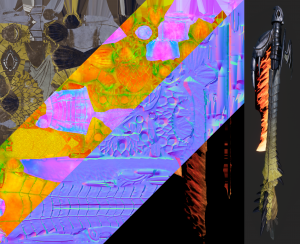 The visual effects for fire and smoke were initially baked using Blenders Mataflow and rendered with EEVEE. The frames of that animation were then converted to a sprite sheet that could be used inside Unreal Engine 4s Cascade. 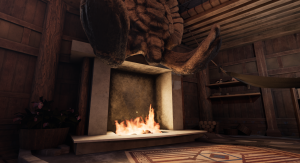 Monster Hunter: Worlds camera appears to emulate real-world cameras in a number of ways, for example, t uses a vignetting effect and whites suffer from the sort of blow out you’d expect to see from cameras with incorrectly set exposure. I tried to recreate these effects within Unreal Engin 4s post-processing I also experimented with both the colour grading and white balance to more closely match the game. 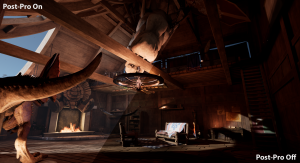 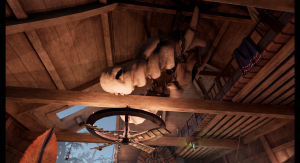 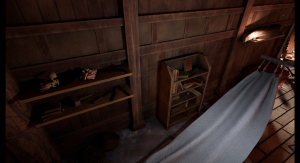 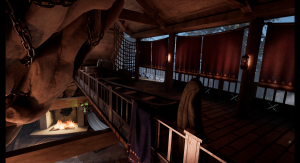 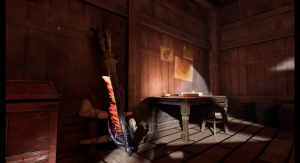 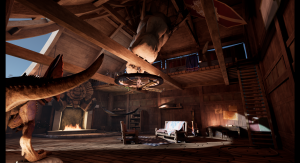 I am a highly motivated third year university student studying games art at Teesside University.  I am experienced with both hard-surface and organic modelling of game-ready assets in industry-standard 3D packages such as Autodesk Maya and Pixologic Zbrush. I have also authored a number of custom PBR materials within Substance Designer and put them to work within software such as Unreal Engine 4 and Substance Painter making me capable of taking an asset from concept through to the engine. Alternatively, I have utilised photogrammetry to author a variety of assets and textures in projects.