Salvation 2453 is intended to be a Terra-forming Real Time Strategy Game. Collecting resources from the planet such as Neptoneum Crystals for power or Ferronite Ore as a building material will allow the player to build bigger and better structures with new functions like creating a weather system, or cultivating the land to grow genetically modified plants. Using Unreal Engine 4 as this was an engine I was already familiar with, I began the project with a small amount of deliverable’s but each one would require a lot of blueprinting. The four main features to focus on were the player controller which I have created in the past but not for this kind of game, and the AI which was to be much more complex than I had previously encountered. Another important aspect of this kind of game is the User Interface which is heavily used in this genre of game, not only for displaying information but creating functionality within the world that the player can interact with such as mining units (collecting resources) or the teleporter (Spawning AI). The final deliverable was the build system that needed to be integrated within the player controller. Trace channels for pawns and buildings were added to the project settings so that the engine knew what the cursor was in contact with so that the correct HUD could be displayed. When setting the build system up I created a Building Master Blueprint with variables and functions set that all buildings would need access to, then created three children of that blueprint (Residential, Commercial and Industrial). Functions and variables were then added that would be required by all buildings in each category meaning that new buildings could be added easily.

Once all of these deliverable’s were achieved and the bugs were fixed, I began adding extra features like sound effects, music, start menu, pause menu and inventory HUD, as well as re-designing the UI with themed images created in Adobe Photoshop. Over the course of this project I set a certain amount of work hours that I adhered to, so decided to create and texture my own building meshes to add polish and improve the appearance of my game, and to clearly show the viewer/player a visual representation of each different building. The planet materials, intro cut scene and sky-box were also created and added for the main menu.

More information on this project that can be found in the report PDF located further down this page. 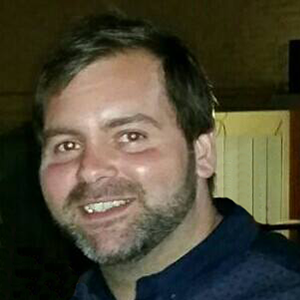 Biography
I have recently completed my final year at Teesside University on the above mentioned course as a mature student. Previous to University I was employed as an engineer for 15 years but decided to pursue a career in game design as this has always been a passion of mine. Over the past 3 years I have found an interest in Level,UI and Mechanic Design. In my final project I also had the chance to create more complex AI which I also thoroughly enjoyed.

THE ART OF ULU – NICHOLAS PATRICK