Covid-19 has affected every country in different ways, especially when it comes to how it affected the environment.

For example, the Venice canals are the clearest they’ve been in years due to less boat travel and The International Road Transport Union ‘expects a 57% decline in turnover from road passenger transport activity in Europe for 2020 compared to 2019’.

Covid-19 has also impacted energy use and greenhouse gas in Europe and the European Environment Agency are expecting an unparalleled reduction in greenhouse gas emissions in the EU in 2020 compared to 2019.

In the UK, pollution data from 10 UK cities during lockdown showed that Nitrogen Dioxide and small particle pollution were significantly low for Spring, decreasing by 45% since 2019.

Carbon Dioxide emissions also went down by an average of 17% during lockdown, with a poll stating that 33% of Britons are now more environmentally aware post lockdown.

Covid-19 has seemed to have both a positive and negative affect on Middlesbrough’s environment, with a poll showing that out of 68 people, 48 people thought it has had a negative effect and 23 people thinking it’s been positive.

Middlesbrough based environmental group, Community Champions, said a new type of litter can be seen on the streets of Middlesbrough. Disposable gloves and mask waste has been introduced by Covid-19, with it increasing as lockdown restrictions get relaxed.

The British Heart Foundation has shown Middlesbrough to have the highest average daily level of air pollution in the North East, and breathing a year of Middlesbrough’s air is, on average, equivalent to smoking 93 cigarettes a year.

However, after the decrease of non-essential travel, data from meters have shown a fall in Nitrogen Dioxide levels in Stockton and Middlesbrough. Another meter in Middlesbrough’s Breckon Hill also showed a 47.6% decrease in pollutants.

With now above average air quality and less particular matter in the atmosphere, Middlesbrough has now managed to get rid of its ‘smoggie’ tag.

Andrew Wilkinson from the ‘Teesdale Mercury’ wrote that the River Tees is cleaner than ever and is hopeful that good water levels this year will bring Salmon and Sea Trout up the Tees.

However, he sait there has been more litter on the banks of River Tees than there has ever been in his youth, stating that in November, he litter picked a bag full of empty beer bottles discarded a mile and a half upstream.

Middlesbrough’s council leaders heard, in a meeting last June, that Middlesbrough’s air pollution is rising again. It’s also been revealed that Teesside’s pollution has spiked after lockdown was relaxed.

How do you think Covid-19 has affected the Environment in a town like Middlesbrough? 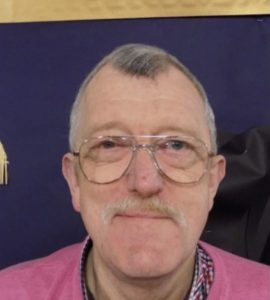 “I think the reduction in traffic pollution could have dramatically improved the air quality within the urban areas of Middlesbrough, which may have also been beneficial to wildlife in rural areas, such as the Cleveland hills. Environmentally, I believe there could be a big improvement”. 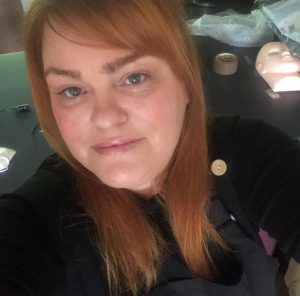 “It could have had a positive affect on the air quality in urban areas of Middlesbrough and the darker skies. There could have also been less Carbon emissions from cars, however the increase of at home deliveries could counter act this, as lorries produce more CO2 than cars”. 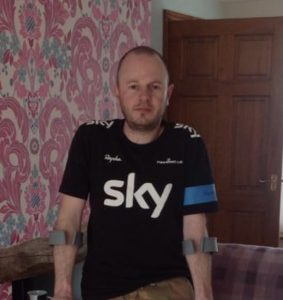 “There could have been a decrease in Carbon emissions going into the atmosphere, which might have decreased acid rain in Middlesbrough, affecting the moors. But, I think the pollution in the river Tees would have increased because of more people going to visit it in lockdown for a day out”.

My name is Elizabeth Irvine and I’m in the first year of my Journalism degree at Teesside University.

Being a self-proclaimed book worm has inspired a love for writing from an early age for me, something that started as a hobby quickly became a dream career in Journalism, especially since my Grandad was a Senior Sound Engineer for ‘Thames Television’.

I worked on the youth programme at Kendal Mountain Festival in November 2019, selecting short films to display as well as coming up with and asking questions to the directors in front of an audience.

I’m a keen reader and writer, having grown up writing short stories in my spare time, something that’s helped to develop my writing skills. I have developed a love for documentaries, mainly the research that goes into them and travelling to new countries and new cultures is something I also enjoy.